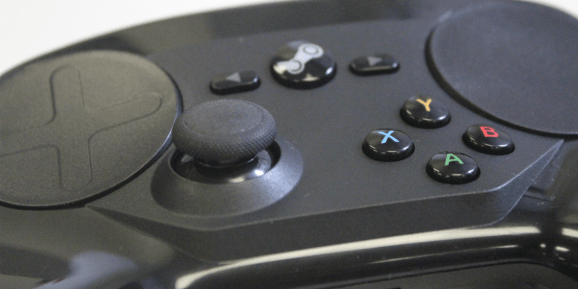 When I reviewed the Steam Controller, I called it a “weird mutant with potential.” I still think it’s weird, but I had lost faith in the potential part … until I saw a lengthy documentary about the device on YouTube. In a two-part hour-long video, Steam Controller defender and YouTube creator James Minicki talks about the history of the gamepad and how a community of PC gamers have learned to love it since it debuted in November 2017.

Minicki’s video spends a lot of time on a history lesson before ever touching on why skeptics and nonbelievers should reconsider the Steam Controller. But his primary argument in defense of the product is that it has a lot more features than most people even realize and Valve keeps improving the software that powers the pad.

One of the hidden features that Minicki swears by is the Steam Controller’s gyroscopic aiming for first-person shooters. I’ll admit that I didn’t know it had tilt controls when I reviewed it, and we know that kind of aiming can work well with shooters after games like Splatoon.

As for the software, Valve introduced an alternative to the XInput software that enables the Xbox controllers to work with PC games. XInput has some issues, including locking out non-Xbox controllers. That led to the Steam Controller API (SCAPI).

Valve plans to use SCAPI to add support for almost any controller you can connect to a computer. But, more importantly, SCAPI enables developers to map in-game actions directly to buttons on a gamepad. For example, instead of saying jump is space bar and then setting “A” on the gamepad as space, SCAPI can apply the jumping action directly to “A.” It can also apply camera movement directly to the gyro aiming.

I don’t know if any of this makes the Steam Controller amazing. I dug it out after seeing this video, and I still think its plastics are cheap and its buttons are flimsy. But I’m willing to give it another shot to win me over after learning more about how fully some people have adopted it.


Thanks for your interest in the PC Gaming channel

How Your Business Benefits From A Commercial Intercom System

If you own industrial properties, you understand the significance of an industrial intercom gadget at your homes. But did you feel you may...

How to Help Your Business Work Remotely Better

Remote work has become the culture of the day, especially with the spread of the pandemic. You will agree that though many people were...

5 Tips for Investing in Real Estate

If you're looking for a great way to add to your income, real estate may be right for you. This is an area where you can make a lot of...

5 Easy Steps to Get the Career You Really Want

Do you want a step-by-step plan on how to get the career you want? Do you know that you can get the exact job you want by following the...