The only thing the 2017 Jeep Compass has in common with the model it replaces is its nameplate. And, considering that the old Compass was never competitive in the hotly contested compact crossover segment, that’s a very good thing. Even better, after spending a solid day driving the reborn Compass over the rivers, through the woods, and everywhere in between, we’re more than happy to forget the ill-conceived first-gen Compass entirely. Put simply, to say that the new Compass is better than the old one is an understatement of Rubicon-size proportions.

Whereas the old Compass was saddled with Chrysler’s old MK platform (a crossover-spec version of the unloved Dodge Caliber chassis), the 2017 Compass shares its basic underpinnings with the smaller Jeep Renegade, with the main difference being a 2.6-inch wheelbase stretch. That doesn’t sound like a lot, but in person the Compass feels much larger than the Renegade, partly because its bodywork bulges out in a more muscular way than its more playfully styled, smaller sibling. “Mini Grand Cherokee” is a phrase that’s been bandied about quite a bit, but only because it’s true. 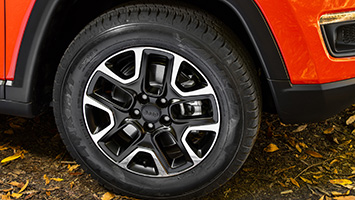 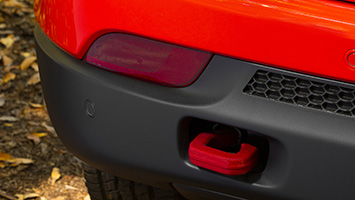 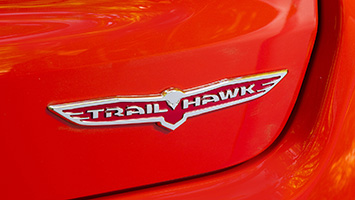 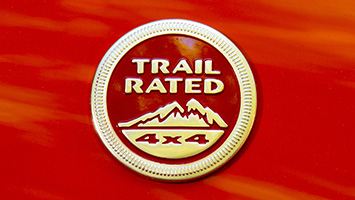 The most notable styling flourish of the Compass is the D-pillar that’s shaped sort of like a shark’s dorsal fin. We think it’s pretty cool from the outside, but it results in a huge expanse of plastic interior molding with tiny little windows barely able to let in any light. If we were buying a Compass, we’d definitely want the big panoramic sunroof to keep the cabin feeling open and airy. An optional gloss-black-painted roof makes those rear pillars stand out even more.

There’s a familial resemblance between the Renegade, Compass, and Cherokee inside, due in part to the overall curvature of the dash and the location of the air vents. Directly in front of the driver are two clear gauges, which flank a digital cluster that, depending on trim level, is available in either 3.5-inch or 7.0-inch sizes. The Compass is clean and tidy inside, and while FCA’s Uconnect system – available with 7.0- and 8.4-inch center screens – is getting a bit old, it still works well and offers all the infotainment options buyers expect in 2017, including Apple CarPlay and Android Auto compatibility. We’re also pleased to see Jeep stick with round dials for radio volume and tuning, and simple switches for climate control settings in the center stack. 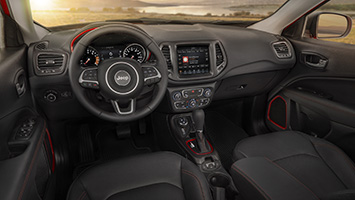 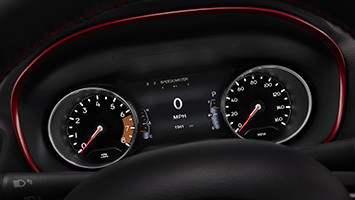 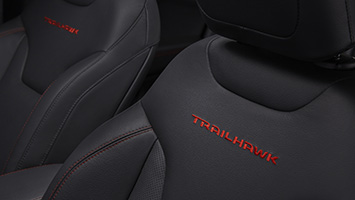 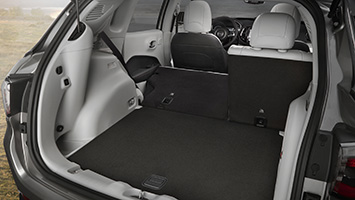 There’s an unexpectedly meaty steering wheel for the driver to grab hold of. The steering system has a good, quick ratio, but also only has a vague desire to return to center, which means it takes a bit more effort and concentration than typical to drive smoothly at speed. The brakes have a powerful initial bite and feel up to the task of hauling the compact crossover down from highway speeds in a hurry. The ride is comfortable and well controlled, likely due in part to the class-exclusive frequency damping struts that normally stay firm but have extra valves that allow them to yield when the car hits continued uneven road surfaces.

The Compass gets the same 2.4-liter four-cylinder engine that’s standard in the Cherokee. The naturally aspirated mill puts out 180 horsepower and 175 pound-feet of torque. Generally, the engine goes about its duties unobtrusively, but we certainly wouldn’t mind seeing a more powerful option, especially when competitors like the Hyundai Tucson offer small-displacement turbo engines. A six-speed manual is standard on Sport and Latitude models with either two- or four-wheel drive. A six-speed auto is optional on front-drive Compass models, but we weren’t able to try that combination. The nine-speed automatic that 4×4 models get – and which is also shared with the Cherokee – works pretty well in the Compass. Whether it’s revised software or the fact that it’s a lighter vehicle than the Cherokee we don’t know, but there’s less hunting and unnecessary gear changing in the Compass than in its larger sibling. 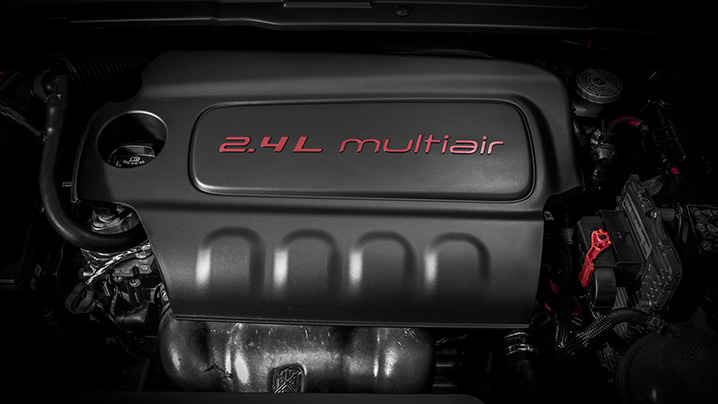 All 2017 Jeep Compass models return over 30 miles per gallon on the highway according to EPA estimates. The most efficient Compass – six-speed manual and front-drive – gets a combined city/highway rating of 26, while the least – nine-speed auto and four-wheel drive – is only one mpg lower at 25. In the real world, Trailhawk models will probably drop an mpg or two versus other Compasses, but they get the same official rating. Four-wheel-drive Compasses with the nine-speed are rated to tow up to 2,000 pounds, which ought to cover dirtbikes, quads, snowmobiles, and Jet Skis.

Jeep didn’t have any base Compass Sport models for us to inspect, but we’re told they have cloth and vinyl seating surfaces in either black or tan and come standard with a small 5.0-inch touchscreen display. Base price starts at $ 21,990 with a manual transmission, front-wheel drive, painted steelies, and zero options. We spent the first half of the day in a mid-grade Compass Latitude, which starts at $ 25,290 and will probably be the volume model. A nicely equipped Latitude 4×4 with an automatic transmission, the largest Uconnect system, and Beats Audio rings the register at around $ 32,000. Limited models start at $ 29,990 and get four-wheel drive standard to go along with bells and whistles like heated leather seats (with power adjustments for the driver), dual-zone climate control, and 18-inch aluminum wheels. But real Jeep enthusiasts will be most interested in the Trailhawk.

Jeep Compass Trailhawk models come factory-equipped with a bunch of off-road goodies, including a one-inch suspension lift and redesigned fascias to allow for 8.5 inches of ground clearance, a 30-degree approach angle, a 24-degree breakover angle, and a 34-degree departure angle. Low-range 20:1 gearing for the 4×4 transfer case and a Rock mode for the Selec-Terrain traction control system mean the Compass Trailhawk can go places lesser versions can’t. Check out the series of Short Cut videos below to see the Compass Trailhawk tackle some substantial off-road obstacles.

The new Compass replaces not only the previous Compass but also the related Patriot. It never made much sense to have two similarly sized and similarly priced ‘utes in the same showroom, so this rationalization of the lineup is smart. Thing is, even with the new Compass, Jeep still has two SUVs of similar size in its lineup. Break out the tape measure and you’ll find that pretty much every interior dimension of the 2017 Compass is within spitting distance of the larger Cherokee. Even more surprisingly, the 59.8 cubic feet of cargo room (rear seats folded) of the Compass is greater than the Cherokee’s 54.9. It’s strange, but true.

If you’re looking for differences between the Compass and Cherokee, you should start with the drivetrain. The Cherokee offers an optional 3.2-liter V6 with 271 ponies, but if you have to have a manual gearbox, the decision is easy because the Cherokee is automatic-only. Moving past the spec sheet, while the new Cherokee has grown on us over time, we prefer the handsome looks of the 2017 Compass.

The first-gen Compass was too soft, too cheap, and too ugly. None of those things are true of the 2017 Compass. It has a Trail Rated variant with more off-road capability than anything else in its class. It looks like – and, more importantly, it finally feels like – a real Jeep. Please, join us in welcoming Jeep back to the compact SUV class that it invented way back in ’84.