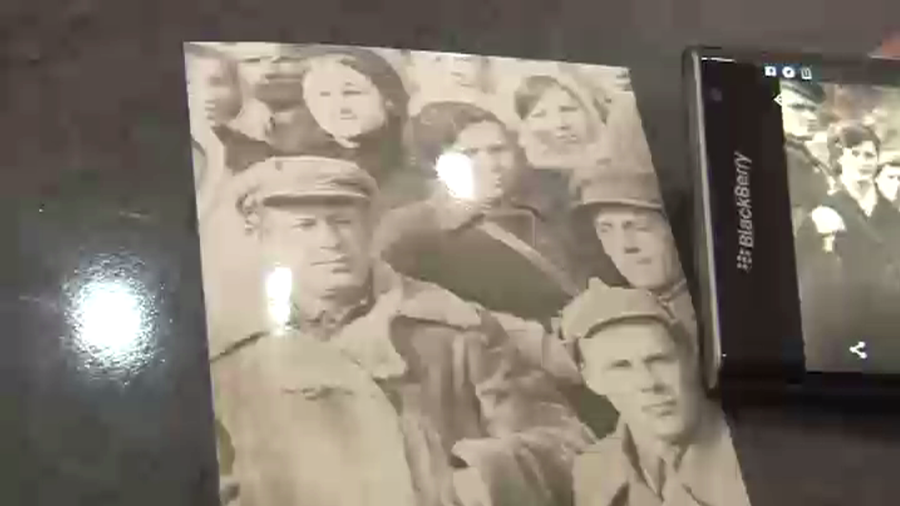 A photo from a Leica camera, which spent 77 years buried in a WWII trench near Russia’s southern city of Rostov-on-Don, has been restored by researchers, revealing a stunning image of volunteers fighting Nazis.

A team of amateur archeologists, devoted to recovering remains and artifacts from WWII sites, made the discovery when they unearthed the trench in one of the city’s suburbs.

In autumn of 1941, it was the site of fierce battles as the Russians tried to prevent Nazi troops from entering Rostov-on-Don.

The camera was tucked away carefully in a bag, probably by a Red Army officer whose remains were discovered in the trench along with a helmet and machine gun shells.

“He was defending his position and died when the Germans hit him with a frag grenade”, says Andrey Kudryakov, a search brigade chief.

The camera itself is a legendary Leica A model, one of the world’s first portable small cameras, created in Germany in 1925. The film inside was mostly damaged beyond restoration, except for one frame which miraculously remained intact. Experts carefully applied various methods to develop the surviving frame piece by piece.

The result was a photo showing two dozen (or more) men and women dressed in civilian clothes or paramilitary fatigues. The men had stern faces, while the women were pictured smiling.

Historians believe that this could be the last photo of a local volunteer battalion that was one of the first to face Nazis during the opening phase of the war.

But who are those people and did they survive the perils of war? Search for the relatives are now underway in Russia, local researchers say.