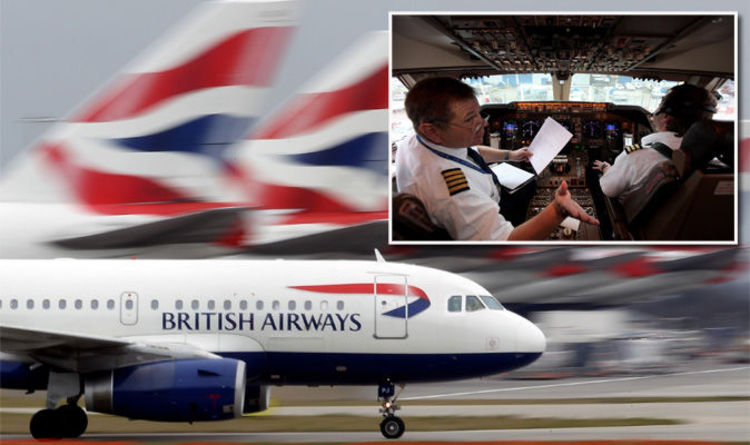 A passenger has claimed the BA pilot had to help out with the safety demonstration, which usually takes place as the plane is taxiing along the tarmac.

Discover  The  Secret  To  Having  One  Website  That  Includes  All  You  Need  About  Real  Estate.
$37.00
Read More
⇛ view similar products
Football betting master

Transform  Your  Exterior  In  One  Weekend  With  Over  7250  Landscaping  Ideas
$27.00
Read More
⇛ view similar products
Get paid putting up videos on Youtube

A  Unique  Boxing  Guide  To  Handle  The  Confusing  Up  Side  Down  Fighting  Style  Of  The  Southpaw  Boxer.
$19.95
Read More
⇛ view similar products
Awakened Millionaire Academy

The 747 flight was taking off from Houston in Texas, United States, headed for London Heathrow.

Jo Osborn was one of the passengers on the 10-hour journey and decided to tweet about her unusual experience.

Jo wrote: “’We’re short of crew today so the pilot is helping with the safety demo’.

Want me to do it @British_Airways, so he can fly the plane?”

BA took to Twitter to reply to Jo personally, with staff member Lolly writing: “We normally have two pilots on each flight, Jo. Hope this clarifies matters.”

Jo hit back, commenting: “Thanks Lolly – I knew that – it was a first to see – he did a great job pointing out the exits though…”

Another person entered the Twitter debate, writing: “All BA planes need two pilot minimum in the flight deck. Also all demo positions must be covered…”

One Twitter user wrote: “omg [sic] this is so embarrassing”.

The UK airline is investigating the passenger’s claims but insists there were enough staff on board the flight.

A BA spokesperson said: “​We would never operate a flight without the sufficient numbers of fully trained pilots and cabin crew.​

“The Houston flight had three pilots and 13 cabin crew on board.

“Our cabin crew and pilots always work as a team to ensure the safety of our customers.”

The passenger’s claim came in the midst of a week-long strike by BA Mixed Fleet cabin crew over wages.

It followed months of strike action by the staff, organised by the Unite union.

A four-day strike was carried out from February 22, as union members vowed to “pile on the pressure” over what they call “poverty pay”.

The two sides have clashed over rates, with Unite saying the cabin crew earn an average of £16,000 a year, including allowances, but BA insisting no one was paid below £21,000.

As we know that there are several places to visit in India. Himachal is the wonderful state of India where you can enjoy your holidays....

Driving Habits That Save Money

Driving is an integral part of life in many countries around the world. We use it for sport, for travel, and work. The average American...