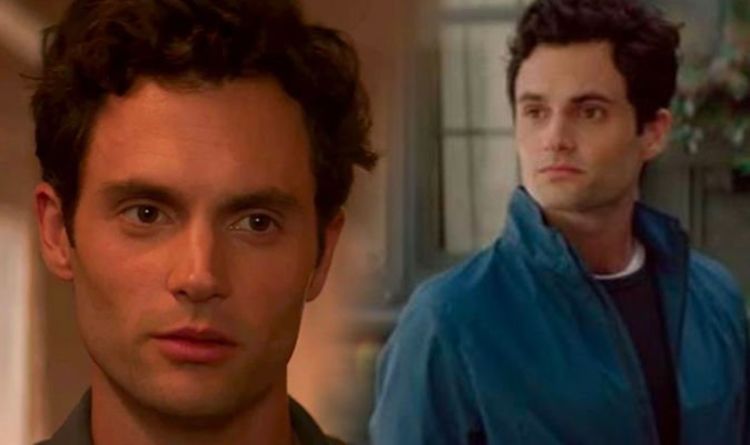 The nail-biting trailer for You season two has already unveiled Joe Goldberg’s (played by Penn Badgley) new victim after his cruel killing of Beck (Elizabeth Lail) in season one. With his eyes now set on Love Quinn (Victoria Pedretti)fans are wondering if she will meet the same fate as Beck. However, Penn has recently spoken out about the new season, revealing why season two was such a struggle.

You season one was a huge success for Netflix with viewers quickly big watching the new show before calling for a second season.

With a successful season one under their belts, it’s thought the next season would be a smooth run.

However, Joe Goldberg star Penn Badgley recently revealed this was far from the case.

Speaking to Digital Spy and other media outlets, the actor said: “I thought, ‘How are they going to do this?’

“It’s difficult to pull off what we’re doing because he’s so obviously evil and there’s the pretty surreal concept of Candace being alive.

“I think they pulled off an incredible feat and I think that we explore the concepts of the show in an interesting new way.”

Moreover, the star revealed there will be a new side to Joe the audience is yet to see revealed in the new outing.

He added: “In season two, you see parts of Joe you’ve not seen before.

Although he claims he’s changed, his psychopathic tendencies worm their way back into his mind as he slowly becomes obsessed with Love, who is an aspiring chef working as a produce manager in a high-end grocery store.

As the two grow closer, it seems like there is nothing standing in his way.

However, the twisted killer will soon find a few problems he needs to get rid of before he can embark on his future with his new girl.

One of course, is his knife-welding ex-girlfriend Candace Stone (Ambyr Childers).

Candace was found to be alive when she turned up at the very end of the last series, after viewers believed she had been murdered by Joe.

All the while, Love’s brother, is quick to question what ‘Will’s’ intentions are with his sister.

If he becomes an obstacle, there’s no doubt history could repeat itself.

You Season 2 is released December 26 on Netflix.