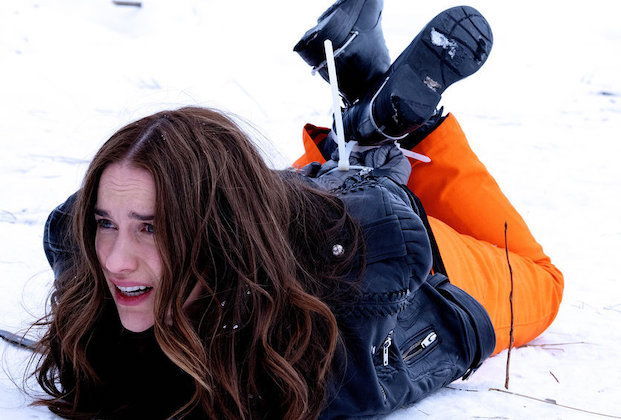 It’s last call at Shorty’s, so get ready to let your freak flag fly free one last time.

Wynonna Earp will end its Syfy run with the back half of Season 4, it was officially announced on Friday — and those final six episodes will premiere on Friday, March 5 at 10/9c.

As such, the series finale will land on Friday, April 9 — almost five years to the day of its debut.

“I’d like to thank our wonderful cast and crew, all of whom were instrumental in bringing Wynonna Earp to our loyal and passionate audience,” series creator/showrunner Emily Andras said in a statement. “We couldn’t be prouder of these last six episodes on Syfy, and are thrilled to share them with our beloved fans, who have changed our lives forever. I have been honored to tell Wynonna and her family’s story, and along with Seven24, Cineflix and CTV Sci-Fi, are hopeful we can continue to share their inspiring tales in the future.”

The supernatural drama’s long-term future has been in flux for almost two years, ever since production on Season 4 was delayed due to financial challenges on producer IDW Entertainment’s part. Ultimately, Cineflix Studios came aboard to co-produce Season 4 (in trade for handling international sales of the series), and production resumed on the 12-episode fourth season, which aired in two halves.

Despite now pulling modest numbers (Season 4A averaged 320,000 total viewers and shy of a 0.2 demo rating in LIve+Same Day numbers), Wynonna Earp is a two-time People’s Choice Award winner for Favorite Sci-Fi/Fantasy Show and, more significantly, a four-time GLAAD Award nominee for Outstanding Drama Series (due to its liberal representation of LGBTQ characters/relationships).

Can Peacemaker hit the proverbial bull’s-eye, with just six episodes to go and at least one major mess clean up? (Wynonna and Doc broke up in the midseason finale, after she dishonorably shot the Clayton clan’s Sheriff Holt in the back.)

Tim Rozon, who plays Doc Holliday, seemed to give fans hope of a satisfying ending to Season 4, telling TVLine, “This fandom is the most incredible fandom, built on kindness and acceptance…. It’s an incredible thing to be a part of, and this season is the season that fandom deserves.”

Watch a teaser for the back half of Season 4 below, and as always: If you want scoop on Wynonna Earp, email InsideLine@tvline.com and your question may be answered via Matt’s Inside Line.