WandaVision Team Talks Lack of Justice for Westview: Making Everything OK Was ‘Not the Story We’re Telling’ 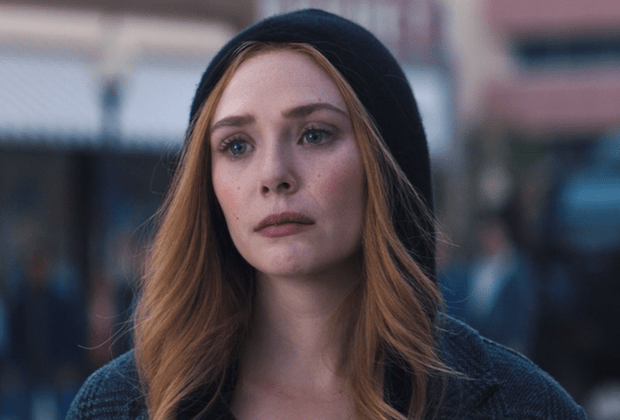 The following contains spoilers from the WandaVision finale and episodes leading up to it.

Once the dust settled in the WandaVision finale (now streaming on Disney+), yes, Wanda (played by Elizabeth Olsen) had vanquished witchy rival Agatha Harkness  (Kathryn hahn). And yes, she freed the people of Westview, N.J. from the spell that had held them hostage in her idyllic world, in the course of sacrificing the family she had conjured for herself.

But the fact remains that — as revealed earlier by Agatha, and later owned up to by Wanda herself — these people not only had been robbed of their identities but, as one noted, “When you let us sleep, we have your nightmares!”

When Wanda walked into town after losing Vision and their sons to the vanished Hex, Monica Rambeau (Teyonah Parris) tried to alleviate some of the sorceress’ guilt, saying, “They’ll never know what you sacrificed for them.” But Wanda knew that was far from true, saying, “It wouldn’t change how they see me.”

Some viewers, though, felt that that exchange was a bit too pat. That though Wanda is owning her role in Westview’s torture, it doesn’t at all change that it happened.

So, was there ever “more” to that final scene, an attempt to do better by the people of Westview?

“There’s so much conversation about taking Westview hostage in the finale as it is,” WandaVision director Matt Shakman notes. In that mid-episode scene, “We have Agatha really bringing it to Wanda, saying, ‘Are you a hero or are you a villain? Heroes don’t torture people.’ That’s a huge moment in the finale, when Wanda has to wrestle with that.”

Speaking to the scene following the Hex’s collapse, head writer Jac Schaeffer tells TVLine, “I think Wanda’s walk of shame back into the town is really powerful, and it was written as such on the page. It was meant to be like an assault of death glares from people, and we were meant to feel how angry they all are.

“I remember a note from [Marvel Studios chief] Kevin [Feige] being like, ‘More, more, let’s feel that for her, let’s understand that what she did was terrible,’” Schaeffer adds.

To those who wished a happier ending for Westview, “No, that’s not the story we’re telling, that now [Wanda] is has to make everything OK,” Schaeffer says. “It wasn’t about landing her in a way where it’s like, ‘Everything’s wrapped up and squeaky clean, and she’s a hero and has done no wrong!’ She’s done a lot of wrong. And there will probably be reckonings down the line. No, I like how that’s in the gray area of misdeeds that she’s been involved in.”

As director of the Wanda/Monica scene at the end, Shakman says “there were many versions of that, for sure, but nothing that was much longer.” He then echoes Schaeffer’s reverence for the complicated moment, saying, “I think it’s a beautiful scene. We’re not trying to let Wanda off the hook at all. The daggers that she’s getting from every townsperson as she walks through town should clearly show that she’s not being forgiven, and she won’t be forgiven, by them. She understands that.”

Have those residents of Westview been left to rue Wanda and be haunted by their time in spell-driven servitude? And what is to come of Agatha, who was returned by Wanda to her “Agnes” persona? Will Sarah, Sharon et al forever be giving their nosy neighbor the stink eye?

“I can’t really speak to [the residents], because it’s beyond the scope of the show, which is my department,” Schaeffer defers. “But with regard to Agatha, it’s what Wanda says: You’re going to live here, she does a mind control spell on Agatha, and then says, No one will bother you. In my mind, that means Agatha lives, or will live, in some kind of bubble. No one’s going to question her or have a hard time with her. Wanda has stashed her there, and also defanged her, essentially.” (With reporting by Rebecca Iannucci)

Got burning WandaVision questions? Email InsideLine@tvline.com and your question may be answered via Matt’s Inside Line.