Netflix is extending its stay in Virgin River, renewing the romantic drama series for a 10-episode third season, TVLine has learned.

Based on Robyn Carr’s popular books, Virgin River tells the story of Mel Monroe (played by This Is Us‘ Alexandra Breckenridge), a grieving nurse practitioner from Los Angeles who finds a fresh start — and a second chance at love, courtesy of bartender Jack Sheridan (Grey’s Anatomy‘s Martin Henderson) — in a sleepy Northern California town. 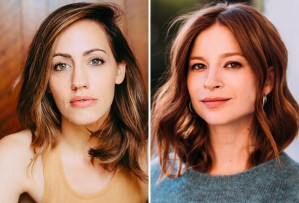 Zibby Allen (The Flash) is joining Virgin River‘s third season in the series-regular role of Jack’s sister Brie, described as a “smart, hard-charging, ballsy” lawyer who turns out to be “a whole lot of fun.”

Stacey Farber (Degrassi: The Next Generation) will also recur in Season 3 as Lilly’s daughter Tara Anderson, who helps her mother raise Chloe while her three siblings are living away from home.

Virgin River‘s 10-episode second season, which dropped on Nov. 27, concluded with a trio of game-changing twists: Mere hours after going public with their engagement, Doc informed Hope that he got some bad news from his doctor; Preacher’s plans to become a San Francisco chef were derailed by the surprise return of Paige/Michelle’s son Christopher; and Mel was shocked to discover that someone shot Jack and left him for dead on the floor of his bar.

A premiere date will be announced later. TVLine’s Streaming TV Renewal Scorecard has been updated to reflect Virgin River‘s renewal. What are your hopes for Season 3? Drop ’em in a comment below.