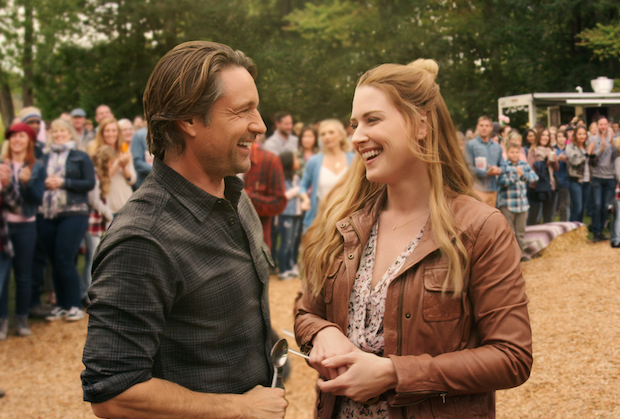 Netflix has (finally) locked in on a Season 2 premiere date for Virgin River, and it may be sooner than you expected.

Whereas the drama’s freshman run released on Dec. 6 of last year, its sophomore season will arrive in late November — Friday the 27th, to be exact.

In Virgin River, Melinda “Mel” Monroe (This Is Us‘ Alexandra Breckenridge) relocates to the titular remote California town to work for Tim Matheson’s “Doc” Mullins as a midwife and nurse practitioner — and put a painful past behind her. Mel soon realized, however, that she must learn to come to terms with herself and her past before she can truly make Virgin River her home.

As for what’s on tap for Season 2, Netflix’s announcement teases, “Engagement. Babies. Heartbreak. Murder. For a small town, Virgin River has its fair share of drama — and Mel Monroe is often in the middle of it.” So there’s that.