The Simpsons Video: Voting Is a Nightmare for Homer in Timely ‘Treehouse of Horror’ Sneak Peek 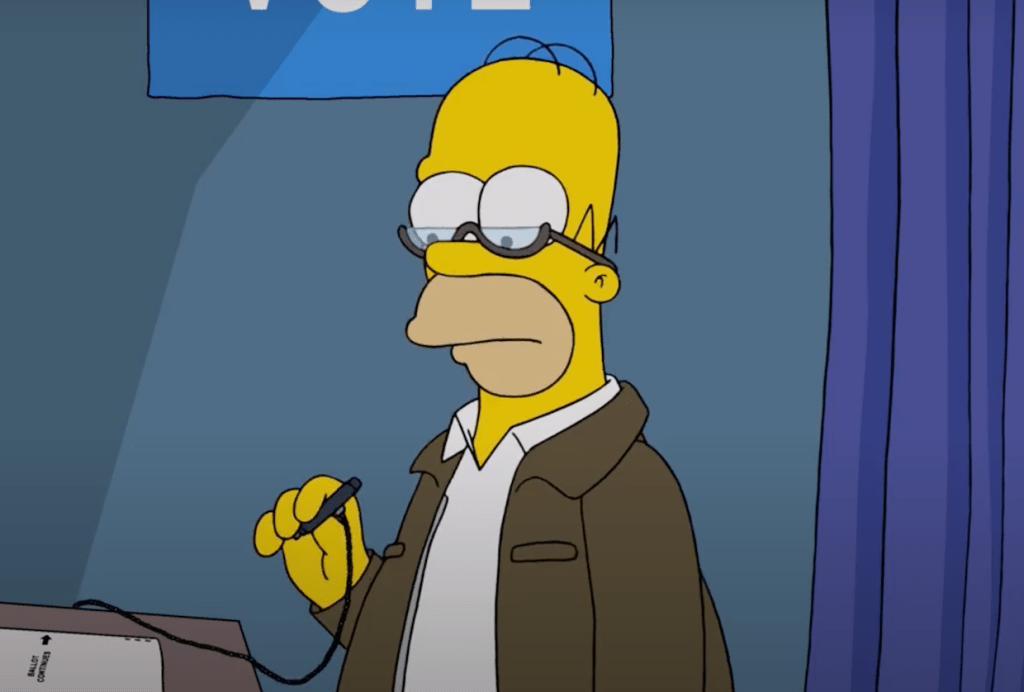 The Simpsons‘ annual “Treehouse of Horror” episodes do their best to scare us every year… and what could be scarier than the upcoming election?

In a sneak peek at Sunday’s episode (Fox, 8/7c), Marge nags Homer to get down to the polls and vote — at least “if you care about the three things you love most,” she says. (In Homer’s mind, that’s beer, donuts and pretzels, but never mind.) He rushes into the voting booth, but he’s stumped on one particular choice: who to vote for in the presidential race. (“Can I write in Judge Judy?”)

Lisa ducks her head in — that’s gotta be a violation of election law, right? — to lecture her father about all the awful things that have happened over the last four years, and soon, Homer is swamped by a scrolling list of all of President Trump’s “accomplishments,” from “Put children in cages” to “Looks lousy in a tennis outfit.”

Homer makes his choice and scoffs: “Who are you gonna make fun of now, late-night comics?” But this is a “Treehouse of Horror” episode after all, so of course, there’s a dark twist in store; press PLAY on the video above for a sneak peek, and then hit the comments to share your (spooky) thoughts.