The Masked Singer: The Latest Clues About Chameleon, Piglet and More 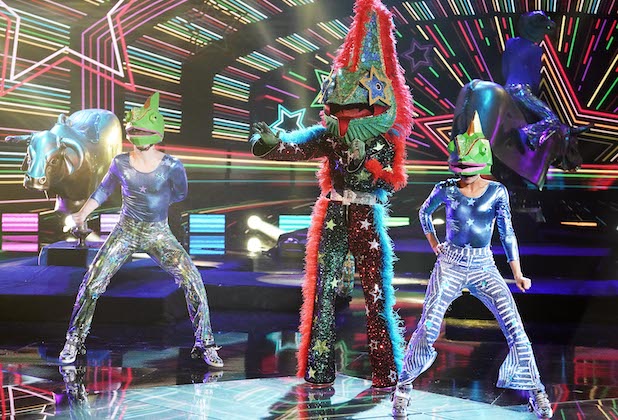 Phoenix, you flew too close to the sun.

This week’s Masked Singer saw the introduction — and then, swiftly, the departure — of a competitor dressed like one of the fiery birds of myth. And when Phoenix was separated from its crowning plumage, we found out that Olympic gold medalist Caitlyn Jenner was responsible for Phoenix’s regal strut (and pitch-adjacent rendition of Kesha’s “Tik Tok”).

The Group B premiere also served up our first looks at new competitors Grandpa Monster, Black Swan, Chameleon and Piglet — a few of whom gave some very solid performances, and at least one of whom we’re pretty sure we already know. (Read a full recap of the premiere here.)

Now, ahead of Episode 3 on Wednesday (Fox, 8/7c) — which is when the wild card contestants will come into play, by the way — we’ve gathered what we believe are the most important clues from the premiere and consolidated them into a handy guide. The goal: Figure out who’s beneath those costumes far before their unveilings.

All season long, we’ll update the gallery at right — go to it directly here — with information gleaned from this week’s show, and we’ll add our (and some of your) thoughts about who’s beneath the costumes. So make sure to log your thoughts, theories and evolving guesses in the comments section!