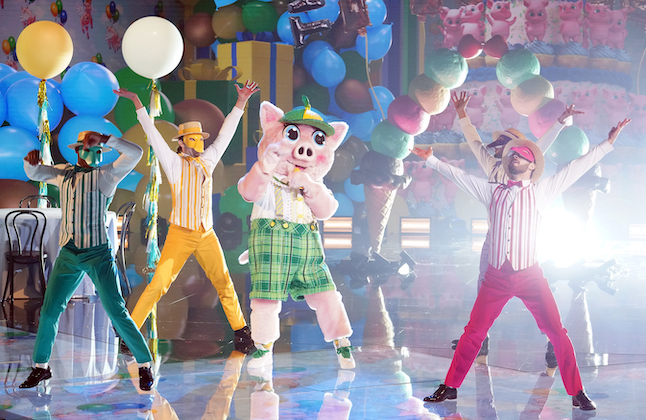 As much as we mocked The Masked Singer‘s (over)use of the phrase “game changing,” we’ve got to hand it to the reality series: The wild card contestants really are shaking things up — in a fun way — in Season 5.

Exhibit A: Crab’s entrance in Wednesday’s episode, much like Orca’s the week before, injected a lot of energy into an already strong hour and leveled up the competition for the current contestants. Crab was added to the mix that included Black Swan, Piglet, Chameleon and Grandpa Monster, and by the end of the episode, Grandpa Monster was asked to go home. When he was unmasked, Grandpa Monster was revealed to be controversial YouTuber Logan Paul. (Read a full recap.)

Ahead of Episode 5 on Wednesday (Fox, 8/7c) we’ve gathered what we believe are the most important clues from the premiere and consolidated them into a handy guide. The goal: Figure out who’s beneath those costumes far before their unveilings.

All season long, we’ll update the gallery at right — go to it directly here — with information gleaned from this week’s show, and we’ll add our (and some of your) thoughts about who’s beneath the costumes. So make sure to log your thoughts, theories and evolving guesses in the comments section!