The Masked Singer: All the Latest Clues on Season 4’s Final 3 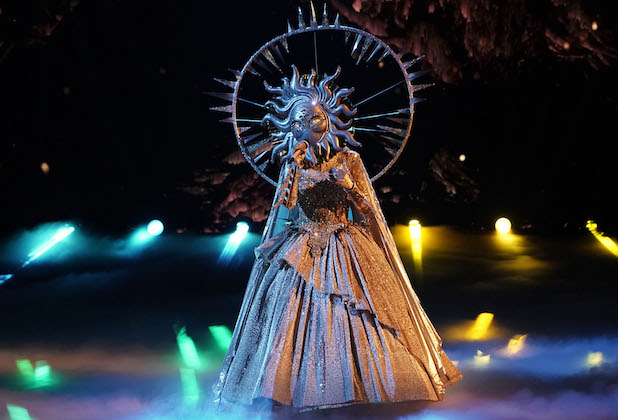 And just like that, the Super Six has become the Final Three.

The Masked Singer axed three (!) performers from its competition Wednesday, halving the playing field down to just a trio of survivors. Despite turning in numbers that, as the judges noted, likely would’ve made them the winners of any other season, the three incognito virtuosos that went home this week were Jellyfish, Seahorse and Popcorn.

When they were unmasked, Jellyfish was revealed to be Olympic gold medal snowboarder Chloe Kim, Seahorse was singer/songwriter Tori Kelly and Popcorn was ’80s pop chanteuse Taylor Dayne. (Read a full recap.)

That leaves the angelic-voiced Sun, the versatile Crocodile and the smooth and mysterious Mushroom in the running for this season’s Golden Mask trophy.

This week’s episode (Fox, Wednesday at 8/7c) is a special holiday installment, followed by the Season 4 finale on Dec. 16. In the meantime, it’s time to revisit our comprehensive collection of clues. Our mission is clear but the work is cut out for us: Identify the celebs beneath the costumes before they’re unmasked.

We’ve got our guesses, but we want to know what you think, too. Who’s underneath Mushroom, Sun and Crocodile’s costumes? Log your thoughts, theories and ever-evolving guesses in the comments section!