The Challenge: A Shocking Double Elimination Means Do or Die for Two Fan Favorites — Who Went Home?

Not one, not two, but three agents saw their games go up in flames in Wednesday’s episode of The Challenge, which unleashed yet another security breach that put two veteran agents directly on the chopping block.

While two challengers left the Crater with crushed egos, the third ousted player was deemed medically unfit to continue. While we’d have to double-check the official Challenge record books, it seems Double Agents is (unfortunately) in the running to become the season with the most DQs/quits ever. Let’s recap the episode, shall we?

Last week’s cliffhanger left Gabby and Devin as two Compromised Agents awaiting opponents. This time around, the security breach activates a double elimination for the males, so the duo with the second highest amount of votes is also called down to the sand. That lucky pairing is: The Goof and Nany. As the Double Agents, CT and Big T get to select the match-ups for both elimination rounds! They allow Devin to choose his own opponent — he picks OG Darrell (GASP!) — while CT decides to finally fight for his gold skull against The Goof.

In “Dead Ringer,” players must swing from “tall ass podiums” (always the poet, TJ!) to knock off puzzle pieces that hang on poles all around them. Then it’s a race to finish a tangram puzzle.

In Darrell vs. Devin, both players are neck and neck in terms of collecting their pieces, but when it comes to assembly, Darrell finishes first, stealing Devin’s gold skull and booking the Are You the One? player a one-way ticket home.

CT and The Goof are up next, and it’s not even a competition: CT smokes the puzzle before The Goof can even start it.

Double Agent CT gets first pick for his partner, and of course he’s sticking with Big T, right? Wrong. He makes a grand theatrical production of his decision to steal Kam, therefore kicking T to the curb… and you can see the sadness all over her face. (Lest we forget the very first day when CT rejected Kam as his partner, but OK, dude. Go off.)

In other duo news: Darrell sticks with Amber B., Kyle re-partners with Nany, Rogue Agent Cory chooses Gabby and the solo Nam picks up Big T.

Elsewhere in the episode: 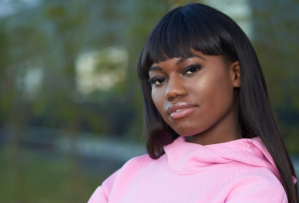 * CT’s decision to steal Kam has house-wide ramifications. Kyle feels completely betrayed and lied to by CT, while Big T feels like her game has been entirely ruined. (CT certainly could’ve delivered his decision in a more respectful way, especially given the fact that T won the daily challenge that gave him his opportunity at a gold skull. That was way harsh, Tai.)

* The Goof’s elimination brings Nany to tears. She says he’s the only one who truly lifted her up and got her head in the game when she wasn’t really feeling it in the beginning. But while Kyle may not be her No. 1 choice of partner, she could’ve ended up with much worse, no?

* Nam’s increased back pain sends him to the hospital, and when it comes time to compete, TJ delivers some terrible news: Nam is medically disqualified.

* CT attempts to apologize to Big T, and it’s as if the man has never apologized to a woman one single time in his life. T’s tears are absolutely heartbreaking, as she tells him he broke his promise to her and broke her spirit. His attempt at saying sorry ends in a screaming match after he tells T she’s just not ready for a final. Ouch! CT may or may not be right, but even if she doesn’t take home the $ 1 million, T is still a big winner this season.

* In the “Survive the Night” challenge, players will be locked in cells with their partners and forced to endure torturous conditions while completing a series of tasks. But we’ll have to wait until next week to see who wins.

Tell us, Challenge fans: Team CT or Big T? And who do you think will win the last available gold skull for the women? Sound off in the Comments!