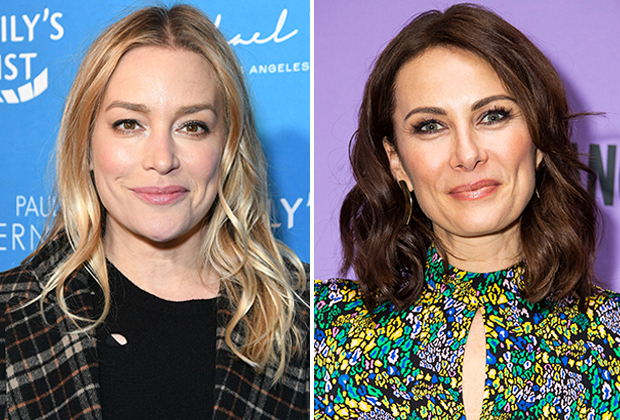 Fox’s ballet-themed comedy-drama pilot The Big Leap is taking the somewhat unusual step of recasting multiple roles at the 11th hour. And, yes, COVID is to blame.

According to Deadline, Covert Affairs vet Piper Perabo is replacing Laura Benanti (Supergirl, Nashville), while Kevin Daniels (Council of Dads) will be stepping in for Little Britain alum Matt Lucas. Both Benanti and Lucas exited tBig Leap due to scheduling conflicts brought on by the project’s pandemic-related production delay. Additionally, Galavant‘s Mallory Jansen is also joining the cast in a lead role.

Inspired by a U.K. format, The Big Leap — which hails from Passage EP Liz Heldens — centers on a group of diverse underdogs from all different walks of life who attempt to be part of a competition reality series that is putting on a modern, hip remake of Swan Lake titled, you guessed it, The Big Leap. “What they lack in the traditional dancer body type,” the logline reads, “they make up for with their edge, wit and desire to reimagine an iconic story to fit their own mold.”

Perabo — most recently seen in Showtime’s Penny Dreadful sequel series City of Angels — will take over the role of Paula Dirks, a dancer and white-collar former V.P. at one of the major car companies who decides that The Big Leap is a chance to let go of her fears and explore her artistic side. Daniels will portray Wayne Sleep, a gay co-host of The Big Leap. Jansen, meanwhile, will play Monica Sullivan, an acid tongued ex-ballerina who has come on to co-host and choreograph The Big Leap.