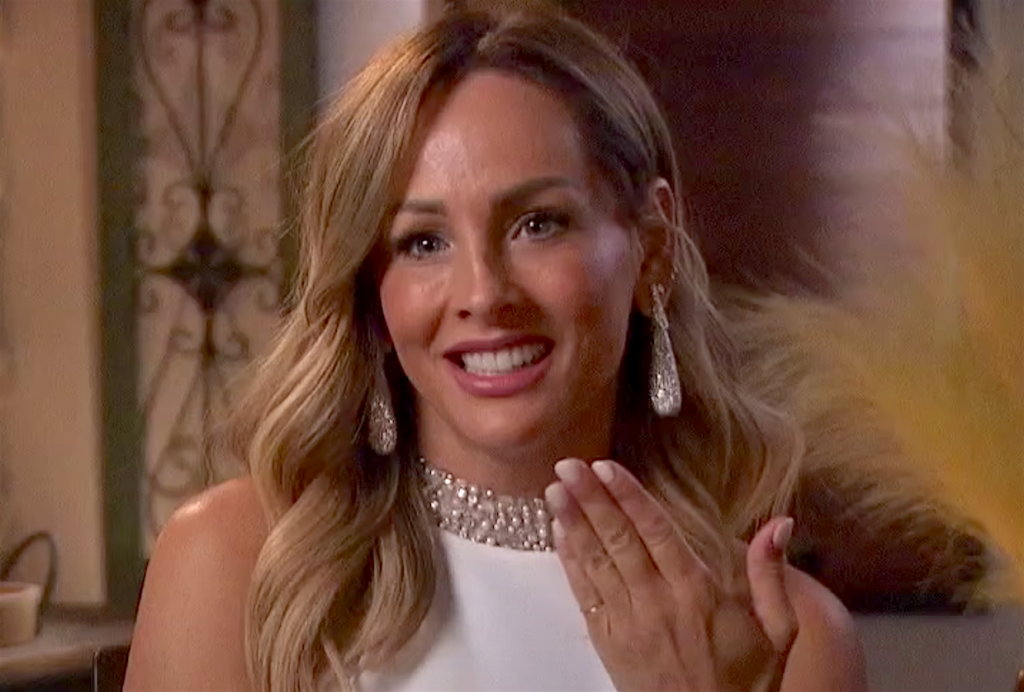 Those of you gearing up for a new season of The Bachelorette: It might be over before you finish off that bottle of sparkling rosé.

ABC has released a trailer for the upcoming season of the long-running reality franchise (debuting Tuesday at 8/7c), with former castoff Clare Crawley returning for another shot at love — and the trailer wastes no time in addressing the rumors swirling of a truncated season and a casting change. In it, we see Clare do the usual limo meet-and-greets… and snap at a disgruntled suitor who rudely points out she’s “the oldest Bachelorette”: “I’m the oldest Bachelorette… because I didn’t settle for men like that!”

But we also see Clare’s eyes light up when she meets a strapping young fella named Dale. “I definitely feel like I just met my husband,” she gushes to the camera, and we see her getting very close with Dale very quickly — a development that leaves the other 15 guys contemplating a mass walkout. “In the 18 years I’ve been doing this, we’ve never dealt with anything like this,” host Chris Harrison tells the guys, who are left reeling. “Do we get a new Bachelorette in here?” one of them asks.

Clare has a teary sit-down with Chris, where he warns her that this situation “doesn’t end well: for you, for the guys, for anybody… congratulations, you’ve just blown up The Bachelorette.” We aren’t told exactly what’s going on, but all this turmoil does match up with the rumors that Clare fell in love with a contestant early and refused to continue filming, with the show bringing in alum Tayshia Adams to take her place as the new Bachelorette.

Press PLAY above for a first look at The Bachelorette‘s stormy new season, and then hit the comments and share your first impressions.