Supergirl Finale Recap: Did Kara and Lena Make Nice? And Whose Fate Is in Limbo Until Spring 2021?

Supersuits were in great supply as Supergirl brought Season 5 to a close, one episode early and with the CW series not expected to return until, like, Spring 2021. Once the dust cleared, whose life was left in limbo for this super-long hiatus? 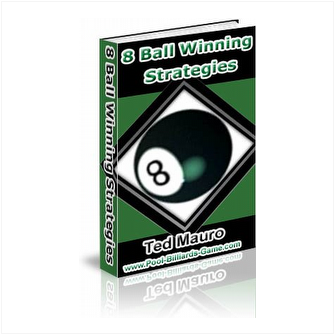 Knowing that Rama Khan and Gamemnae are planning their big move, Kara was ready to swing into action — with newly supersuited Alex among those at her side! — but she knew she’d need protection against the gods’ abundant stash of kryptonite. (Shhh, no one tell Luke Fox.) Lena offered to fashion her a protective suit (as she did in the pre-Crisis world), so as Kara sneaked over to Lena’s lab, J’onn and M’gann disguised themselves as the Girl of Steel to team with Nia and Alex and draw out/distract Rama Khan and the other immortals. As they did so, Nia repeatedly dreamed of Brainy being green and in jeopardy — but why?

Well, Lex had been afforded entry to the Leviathan spaceship hidden within the “casino,” outfitted with a pin that protects him from the powerful force field surrounding it. Later looped in on the ship’s location and aware that Lex plans to first kill Supergirl and all her friends before letting him deal with the gods, Brainy decided to sneak into the ship, to upload code that would shrink Rama Khan et al. But to do so required him standing at the console, not moving, for a full 10 minutes, all as the deadly force field attacked him. But with his female counterpart at his side, Brainy endeavored.

Kara and Lena meanwhile saved Eve during one showdown with the gods, and later leaned on her for intel on Lex’s plan. Admitting that her mother had been threatened, Eve detailed the scheme to draw billions of people into the Obsidian VR world for the Unity Festival… and then kill them all. Unable to power down the tech, Kara entered the virtual space herself to deliver one of her speeches. To help things along, Lena multiplied Kara so she could have one-on-ones with each user, speaking not of hope, actually, but about believing in people. Meanwhile in the real world, Lena talked down Andrea, who had been “activated” by Gemma, from killing Supergirl, saying that she believes in her. Just as Brainy’s female other nudged him along, saying she believed in him.

When all was said and done, Kara talked the users into exiting the VR world, Brainy shrunk the gods, and Lena stopped Andrea. Afterwards, Kara — who earlier had given Lena a tongue-lashing for overly punishing her for one understandable lie — officially accepted Lena’s apology, recognizing all that she had done this episode to save her. The two then shook hands and united to take down one last bad guy — Lena’s brother.

Lex found a grim-looking Brainy on the Leviathan ship, gloating that he knew he would be betrayed in the end. So, Brainy in fact did just as Lex hoped, “bottling up” the shrunk gods. Lex then delivered said container to his mother, saying, “Let’s get to work, doc….”