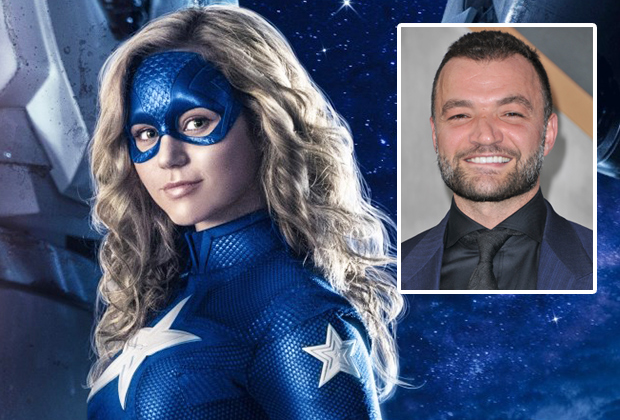 One of Stargirl‘s main Season 2 foes should look familiar to dedicated Arrowverse fans.

Nick Tarabay, who recurred on Arrow as Digger Harkness/Captain Boomerang, is joining the CW drama in the series-regular role of Eclipso, our sister site Deadline reports. Meanwhile, Jonathan Cake (The Affair) will recur as The Shade.

The arrival of Eclipso and The Shade was foreshadowed in the final moments of Stargirl‘s first season finale. While Cindy found a mysterious diamond shard in The Magician’s storage locker, The Shade was seen materializing inside the ISA lair.

“Eclipso is one of my very favorite villains in the books,” showrunner Geoff Johns told TVLine this summer, “and he’s somebody who in the comics actually killed Beth Chapel and Yolanda Montez — and they never came back, until recently. They were dead before I ever got into comics in the ’90s, but I brought them back at the end of Doomsday Clock. Eclipso is a really interesting character because he embodies darkness and corruption.”

Johns added, “There are more characters and other surprises we haven’t even hinted at yet for Season 2.” Perhaps one of those “surprises” involves Ysa Penarejo (Project Mc²), an actress reportedly set to recur in Season 2 as an “undisclosed DC character.”

Stargirl, which premiered on DC Universe in May with second-run episodes airing on The CW, will return for Season 2 in 2021 as a CW-exclusive series.

“We’re all working incredibly hard on this because we’re so proud of Season 1, and we want Season 2 to be even better,” Johns told TVLine. “That’s our goal, nothing less.”

Your thoughts on Stargirl‘s Season 2 additions? Drop ’em in a comment below.