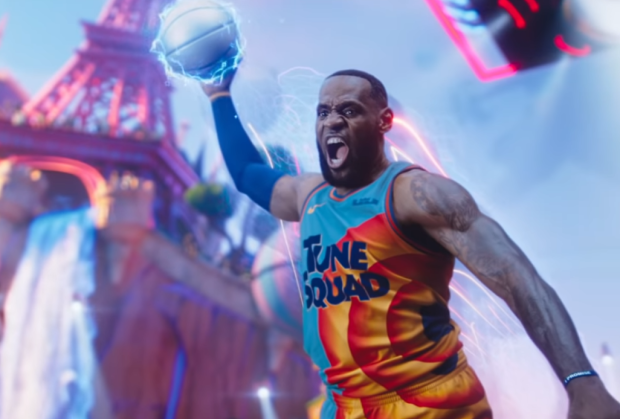 Like Michael Jordan before him, NBA champ LeBron James is heading to Toontown.

In the first trailer released Saturday for Space Jam: A New Legacy (which hits HBO Max July 16, in addition to theaters), James faces off with some of the most classic cartoon characters from the Warner Bros. archives.

While trying to convince his son, Dom (newcomer Cedric Joe) to follow in his basketball footsteps, James is launched into an epic adventure when he finds himself trapped inside “The Serververse,” an oddball digital space unlike anything he’s ever seen before. There, he meets the film’s villain, Al-G Rhythm (Black Monday‘s Don Cheadle), an evil computer algorithm who kidnaps his son .

“The only way you’re getting your son back is if you and I play a little basketball,” Al threatens.

In order to save his son, James must assemble an elite team of cartoon’s best ballers, including Bugs Bunny and other Looney Tunes favorites like Sylvester, Yosemite Sam, Foghorn Leghorn and more. But those aren’t the only classic WB characters spotted in the trailer. The Iron Giant, The Flintstones, King Kong and Yogi Bear also cameo, as James hustles to get his team in top shape to take on Al’s nefarious Goon Squad.

Other films that went straight to streaming this year, or were released in limited theaters alongside their streaming debut, include: Palm Springs and Happiest Season on Hulu; Mulan, Hamilton, Black Beauty and Soul on Disney+; Greyhound on Apple TV+; and The Witches, Wonder Woman 1984, Zack Snyder’s Justice League and Godzilla vs. Kong on HBO Max.

Were you a fan of the original Space Jam and will you be checking out the sequel once it drops? Sound off in the Comments!