How did TNT’s Snowpiercer possibly one-up its freshman finale, which turned two trains into one?

How about by veritably exploding one train into two — and then having the streamlined, 10-car “pirate train” double back to find stranded engineer Melanie… only to have Layton (Daveed Diggs) and Alex (Rowan Blanchard) discover she didn’t survive her elongated isolation at the research station. 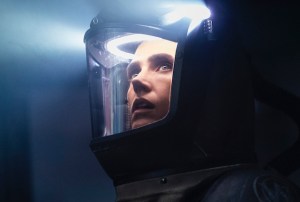 TVLINE | Talk about the plan to stretch out Melanie’s fate for the second half of the season. Was that about you losing Jennifer Connelly at a certain point, but you wanted to keep the character “around” a bit longer?
Basically, yes. Jennifer has been such a great partner in this and also has a very busy professional life…. [Showrunner] Graeme [Manson] knew very early on, so he and the writing team came up with this really great idea of the research station and then the “time collision” that took us to the end of the season. Having the ticking clock of “We need to make sure we have some place to be at a certain time!” is always valuable, and with a very limiting Wilford always wondering what is happening. When that creative decision came up early in the season break, it was exciting to hear. It’s always fun to have a strong emotional reaction to a creative pitch.

TVLINE | It also planted a mystery for a couple of episodes. “We saw what Melanie saw, but what will lead to that shocking moment?”
Exactly. We always talk about the show as multiple genres mashed up into one. There is character drama, of course, but it’s also a genre show, and it’s also action-adventure. We’re always trying to give the audience a little taste of all three in every episode.

TVLINE | It took Snowpiercer 30 days to circle back for Melanie. In your mind, how long did it take Layton’s “10-car pirate train” to make it back to the research station? How much longer did Melanie have to last? Was it one week, was it three…?
It wasn’t three weeks. I want to say we landed somewhere around five or six days, though I don’t remember ultimately what it was.

TVLINE | Because I was surprised she went through the rats so quickly. There seemed to be a good-sized nest of them by the thermal vent.
Ultimately, they weren’t fat. [Laughs] There’s not a lot of meat on a rat like that.

TVLINE | You did kind of leave the door open. I mean, Melanie wasn’t found dead. She could have been discovered and rescued by some group of nomads we didn’t know existed….
She could; that might be “jumping the shark” a bit based on everything we expressed thus far, but….

TVLINE | Have viewers seen the last of Jennifer Connelly?
We are pleased that Jennifer will join us for Season 3. 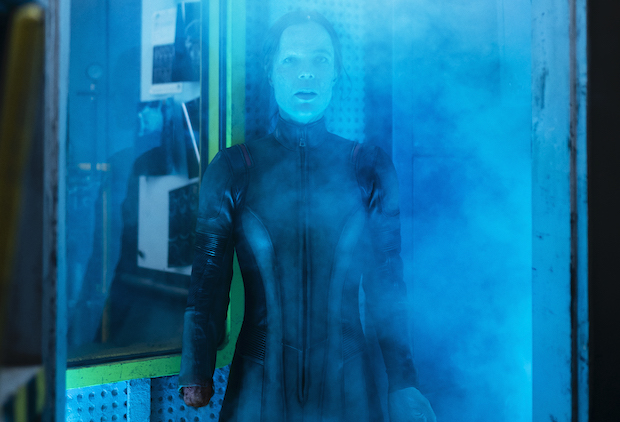 TVLINE | By the end of Season 1, I had no doubt that Josie (Katie McGuinness) had frozen to death after her fight with Melanie. So when she showed up in Season 2, it seemed like you had reconsidered that character’s fate.
It’s funny — we actually shot her recovery scene for Season 1. So you were going to have the Josie story answered by the end of Season 1, but instead it was a cliffhanger we put into Season 2.

TVLINE | What value did you see in keeping the character around?
We adore Katie; I always describe that character, particularly from Season 1, as sort of the emotional and moral center of the tail. No matter what plans existed, it was Katie’s performance of that character, her vulnerability and expressions of love toward all of the tail, that stood  out. She’s sort of the “mom,” and there was something about when she spoke that as extremely powerful. We thought it would be interesting to take someone who is always so sure in how they approach a situation have the “genre piece” affect her, and see what she does if there’s a bit of a “superhero” augmentation. That was the idea behind it.

TVLINE | At the very end of the finale, Ben warns Layton, Josie and Till, “We have some weather ahead.” Is weather almost a new character for Season 3?
Yes, it is definitely a new character. Climate change is something that Graeme is always discussing, and it’s such a strong topic that we all have very strong feelings about. But it’s also a difficult topic, because it can paralyze people — everyone wants to help, many are not sure what to do, but it is on everyone’s mind.

We need to keep reminding people that we have to take care of our Earth, and how fragile a moment we are in in. That’s part of it. But also, [weather brings] the idea of hope. We are organisms that are a part of something bigger, and the possibility of the Earth being able to repair itself is hopeful.

TVLINE | But does weather present a potential danger to our heroes? As things warm up, like, could tracks get flooded out…?
Very much so, yes. I don’t know that we will be doing flooding in Season 3, but there is definitely an adjustment, including to the train and how it operates — how quickly is the engine warming up? Can we be self-sufficient in this environment? It’s a really transitional moment for Snowpiercer and the pirate train, as well as with regards to what can exist out in the world. 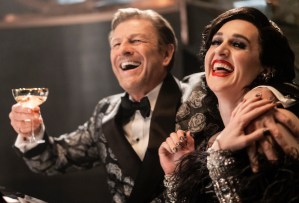 TVLINE | It sure looks like Miss Audrey (Lena Hall) legitimately fell back under Wilford’s sway….
She did, that troublemaker. Yes, she did. She was torn, because she knows she is in love with someone who is perhaps pure evil, but she cant help how she feels.

TVLINE | Is Season 3 almost a bit of a chase movie, between the two trains?
There will be some chasing, but it will not be the full season. We definitely have lots of narratives happening. There’s survival, there’s [what happened to] Melanie, there’s research on the train, there’s the ultimate goal….

TVLINE | Because Layton wants to catch up to and get back their train, but Wilford surely won’t want that to happen.
They definitely have different agendas. They will never see eye to eye.

TVLINE | I suppose that fish is now off the menu for everyone….
I know! It’s kind of sad…. But wasnt that visual effect fantastic? [Visual effects supervisor Geoff Scott and visual effects producer Darren Bell] did a great job with that.

TVLINE | I need to know, was that supposed to be an actual Ferris wheel inside of the carnival car…?
We had something people sat in, yeah! But here’s the thing: We had to shoot the carnival after we had to shut down for COVID, so while it was incredible and they did a great job, it was potentially going to be on a larger scale and with more people involved.

TVLINE | And lastly, looking to Season 3: Where is the new character played by Archie Panjabi (The Good Wife) going to materialize from?
Ohhh, that will make Season 3 super-exciting — definitely a reason to tune in. It’s kind of a collision of all the things we discussed, coming together.

Want more scoop on Snowpiercer, or for any other show? Email InsideLine@tvline.com and your question may be answered via Matt’s Inside Line.