Search Party Bosses on That Wild Season 4 Finale: ‘We Discussed More Endings Than You’ll Ever Imagine’ 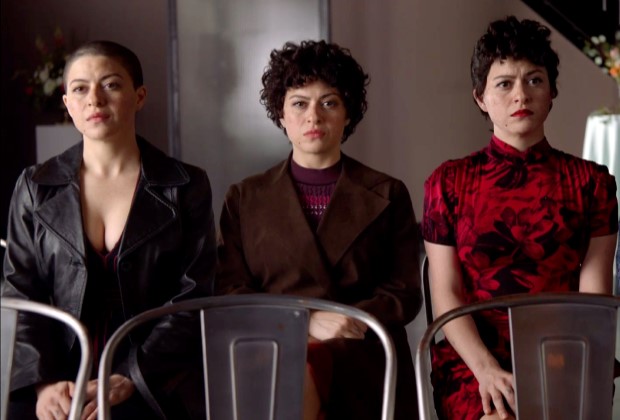 It’s been a rough season for Dory Sief. After her hellish experience of being abducted, drugged and tortured throughout, Search Party‘s finale once again found a way to turn her world completely upside down.

The season’s last four episodes hit HBO Max Thursday, delivering even more psychological trauma and identity crises than any one person should ever have to endure. But in the final installment — MAJOR Spoiler Alert here! If you aren’t fully caught up, you know what to do — we followed Drew, Elliott and Portia as they spoke at Dory’s funeral (!) and grieved for their friend who perished in the fire set by Chip’s Aunt Lylah (oh, hey, Susan Sarandon!). And for the entire episode, Dory was dead… until she woke up screaming in the back of an ambulance, lungs filled with smoke and ash darkening her face.

Naturally, we had a lot of questions for co-creators/EPs Charles Rogers and Sarah-Violet Bliss, who talked to TVLine about that twisty (and twisted!) ending; Portia, Drew and Elliott’s grief; and what a potential Season 5 could look like.

TVLINE | That finale! Did you always plan to have a pump-fake of an ending, in terms of Dory actually being alive? Did you discuss any other endings?
ROGERS | We discussed more endings than you’ll ever imagine. We’re really excited about what the ending we arrived at says. The one thing that kept coming up when we were trying to figure out where we wanted Season 4 to go was the idea of a near-death experience. Dory had done so much to her own brain and so much had been done to her brain by the time Season 4 was over that we really liked the idea of taking it all the way to: She’s dead. Lo and behold, by the end, you realize it was a temporary experience.
BLISS | …But we wanted to really sell it, so it felt real.

TVLINE | Oh, I bought it hook, line and sinker! What can you tell us about the multiple Dorys we saw at the funeral and again at the very end?
ROGERS | In this near-death experience, we were able to speak to the idea that Dory has been either integrating or denying different aspects of herself throughout this season. Some of that is intentional and some were ideas we found along the way as we were writing each season. Looking back, it felt like a safe creative thing to say, in terms of how she’s evolved. She was able to collect all of herself in this death experience.
BLISS | This whole season, there’s a lot of themes about identity. Portia plays Dory [in a movie], and Chip dresses up as Lylah, Dory turns into Stephanie when she’s brainwashed… every character is playing with their identity. We’re playing with this idea that you can have these fractured versions of yourself and you can sort of shift who you are based on what you want the world to see you as at any given time. Throughout the season, she’s had to see herself in a certain light, and that was coming together in that final scene.

TVLINE | I’m always torn on how I should feel about Portia, Drew and Elliott. Should I pity them? Do I feel for them? Do they deserve everything that’s happened? Or maybe none of that matters because ultimately, it was all in Dory’s head. What’s the takeaway there?
ROGERS | The idea we were drawn to in portraying this funeral was that this is truly how it would go. So in some strange way, what Dory saw — and of course this isn’t explicit in the show at all, but so far as we understand it — what Dory saw as her own funeral isn’t necessarily through the lens of Dory. We added scenes where the friends are not with Dory, they’re on their own… when they get the box from Chip and stuff like that. There are elements that are supposed to feel objective in showing the friends’ experience. Your takeaway for how you experience them is however you experience it, of course. We liked the idea that you’re seeing how they actually would feel and act at her funeral.

TVLINE | So Dory wakes up in an ambulance and is all, “I was dead! I saw everything!” What can we expect from Dory going forward? How will she deal with this trauma? [Editor’s note: Search Party is not yet renewed.]BLISS | We hope we get a Season 5!
ROGERS | We like that there’s a conclusive energy about Season 4 that, as an ending, exists on its own. If the story was to continue, there’s definitely something to find meaning in about what it would be like to be on the other side of having died.

TVLINE | If the renewals keep coming, how far do you plan on taking these characters?
ROGERS | I think it’s safe to say that the show has gotten more and more extreme, but we don’t want to write it past its welcome. Whether that means Season 4’s the ending or it continues, we want to make sure we always have something smart to say about these characters.

What did you think about Search Party‘s Season 4 finale? Grade the episode and season below, then drop some comments!