This week on SEAL Team, we learned why NCIS hauled Jason out of the Bulkhead in handcuffs. Did depositions from those around him help his case? And what advice did Mandy Ellis have to offer?

In an episode directed by Mandy herself aka former cast member Jessica Paré, Jason in short order learned that he was being charged with unlawfully killing an unarmed citizen during the team’s most recent op, in Jordan. His failure to ensure  that the target was armed before the use of lethal force put him in violation of UCMJ Article 119, making for a manslaughter charge.

Speculating that he was merely a “pound of flesh” to be exacted in trade for the U.S. operating in friendly Jordan, Jason was fixin’ to mount a voracious defense, but his JAG, Lt. Commander Williams (played by recent Mom guest star Natasha Hall), counseled him to keep his cool and simply listen at the preliminary hearing where the U.S. government laid out their case. Alas, said hearing cued up video evidence, captured by the cell phone the team later seized, of Jason gunning down what certainly appeared to be an unarmed man. 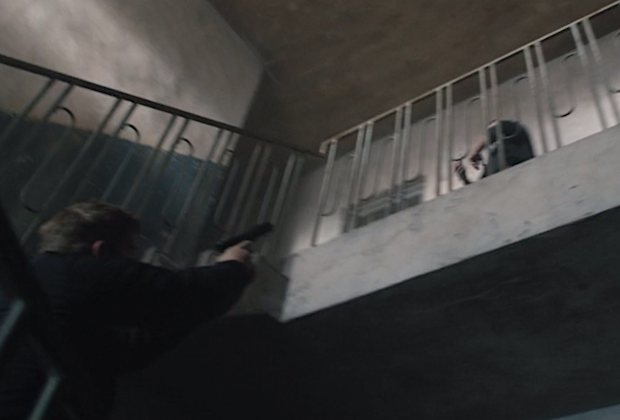 Because you may be curious, as I was, here is a screenshot that is closer to Jason’s own floor-below POV during his problematic shooting, from the previous episode.

As soon as Jason was initially hauled in, Bravo Team ahead of their individual depositions was given “no contact” orders to not discuss the op/case with Jason or among themselves. Clay admittedly overshared a bit with Stella the World’s Best Girlfriend — namely, that Raqqa Jacques, the man who tortured Ray, had been their target — which Ray later blasted him for. Ray himself lawyered up before delivering his deposition as Chief Warrant Officer, a move that raised a flag for Jason’s JAG. If Ray was possibly throwing Jason under the bus, should Jason return the favor in a bid to share blame and hope for a lighter sentence? Or should Jason go ahead and take a plea deal (to Article 114/Reckless Endangerment, resulting in a “less-than-honorable discharge”)? 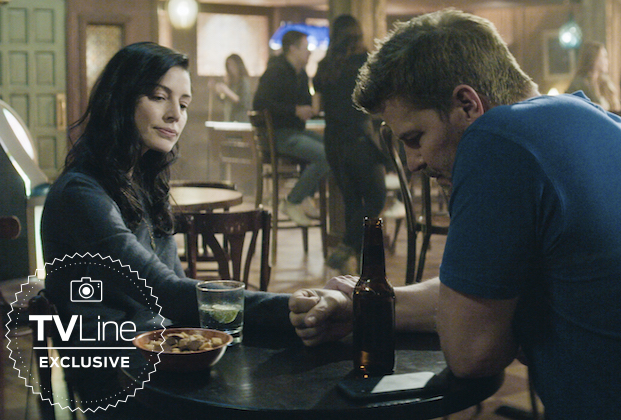 Nudged by Lindell to reach out to those outside of his Bravo circle, Jason met up at the Bulkhead with Mandy, who was late because of, no joke, a parasailing lesson (“I have a life now”) and was soon to a board a plane to… somewhere. Mandy of course sympathized with her former colleague’s situation, and regretted she was no longer in a position to “trade state secrets to rescue you.” Jason wondered if he’d been better off to follow her out of that taco stand months ago, but Mandy knows full well he soon enough would have been yearning for his microwave — and the brotherhood Bravo offers, which she says was difference between her decision and his, “why you had to stay and I didnt.” Seeing Jason torn between surrendering or making a team member collateral damage — neither of which is the Jason Hayes Way, she notes — Mandy says that a man who has bravely led brothers into the pits of Hell surely can stand up and convince a jury he did right.

Alas, once all the dispositions were in — including that of Davis, who was asked if Jason knew that their HVT was the man who tortured Ray — Jason’s case was not dismissed. Rather, because he was ostensibly out for revenge on Ray’s behalf, the charge has been upped… to murder.

What did you think about how things unfolded, and Mandy’s (brief) return?

Want scoop on SEAL Team, or for any other show? Email InsideLine@tvline.com and your question may be answered via Matt’s Inside Line.