Sarah Ferguson and the Duke of York went through a dramatic and public split in 1992, divorcing four years later in 1996. 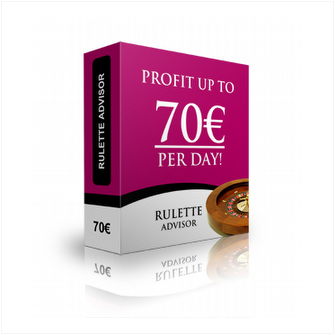 The scandal put Fergie firmly in the Royal Family’s bad books – with Prince Philip known to harbour a particularly strong grudge against his former daughter-in-law.

But Fergie and Andrew have remained close ever since, with Sarah even moving back into the family’s Royal Lodge residence.

Now some even suggest the couple could be rekindling their relationship – and their daughter’s wedding may well be the catalyst to reignite the fire.

Will Sarah Ferguson and Prince Andrew ever reunite?

Astrologer Alison Smith spoke exclusively with express.co.uk – and revealed the couple’s futures are drawing closer to each other once again.

She added Fergie is expected to “shine” this Friday on her daughter’s big day, in what will be a “glamorous wedding”.

But she added Fergie and Andrew will make sure all eyes are on their daughter, ensuring the emphasis will be on the happy couple and not rumours of their blossoming relationship.

Alison, who runs alisontheastrologer.com, said: “With the Sun in the sky now applying towards the position of the Sun at the time of her birth, and also Jupiter from her birth chart being very favourably aspected by the Moon, Sarah Ferguson will shine and shine on this day.

“Neptune brings glamour and just a hint of mystery around Sarah’s outfits and I would expect the unexpected to appear during the course of the day.

“Looking at the Bride’s Father’s birth chart, there are several aspects to his fourth house which lead to thoughts that he will very much enjoy his family being together.

“Both parents are experiencing some saturnine influences which brings to light just how close this family is and always has been – in spite of the disconnection – and perhaps is indeed drawing even closer.

“However I also see in both parents charts the desire for their family to be celebrated and this will be, very firmly, Eugenie and Jack’s day with all emphasis on them and their wishes.”

And Alison is not the only one who sees a reunion in their stars.

In an exclusive astrological reading for the Daily Express, Russell Grant said: “If love is lovelier the second time around, then Sarah has a second chance to have a bite of the royal cherry – and it all hinges on October 12.

“With Jupiter ruling Sagittarius about to return to the same place when Sarah was born, not only will she redeem herself but her star will rise again.”

The readings come after Fergie and Andrew were seen horse riding together in Windsor with elder daughter Princess Beatrice.

A friend said: “Planning for the wedding has brought Andrew and Sarah closer together and made them realise how important their family is to them.

She wore an ivory-silk wedding gown designed by Lindka Cierarch which had a 17 foot train and 20 foot veil. As is tradition, Sarah wore a diamond tiara, and her wedding band was crafted from Welsh gold.

The couple spent their honeymoon abroad the real yacht Britannia off the coast of the Azores Islands.

What You Need To Know About Dear Ava Spa Gift Boxes

Here at Dear Ava our vision was to create a way to commemorate our precious relationships with our mothers, fathers, sons, daughters,...

One of our favorite times of year is Mother's Day. It's a day where we can slow down and appreciate all of the mothers out there who have...