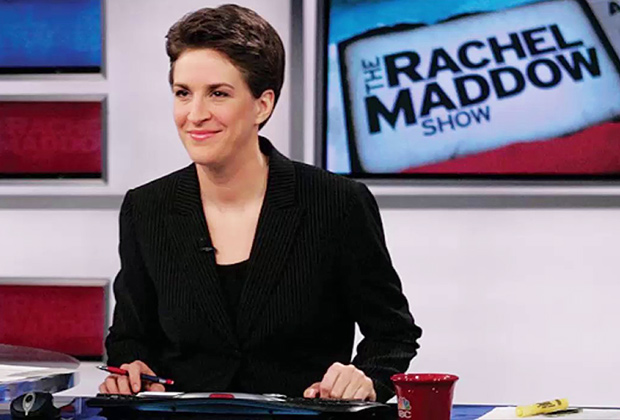 One of MSNBC’s biggest stars is being forced to sit out the cable news network’s continuing election coverage.

Rachel Maddow will be off the air indefinitely and in quarantine at home after a close contact tested positive for the coronavirus, the host announced on Friday. “I’ve tested negative thus far, but will be at home quarantining ’til it’s safe for me to be back at work without putting anyone at risk,” Maddow said in a tweet. She will miss at least Friday’s edition of her primetime MSNBC show, which airs weekdays at 9/8c and is among the top-rated news programs on cable. It’s not yet known when she might return to on-air duty.

This has happened, of course, at an inconvenient time, as the 2020 presidential election is still undecided after three days of vote counting. Cable news ratings have soared as viewers tune in to see the latest vote counts from still-undecided states like Pennsylvania, Georgia and Nevada. (Democratic challenger Joe Biden leads at press time with 253 electoral votes, to President Donald Trump’s 214.)

MSNBC anchors Nicolle Wallace, Joy Reid and Brian Williams, along with breakout analyst Steve Kornacki, will pick up the slack in Maddow’s absence. “Wishing everyone patience and calm; may these remarkable times bring out the best in us,” Maddow concluded, before adding: “See you soon!”