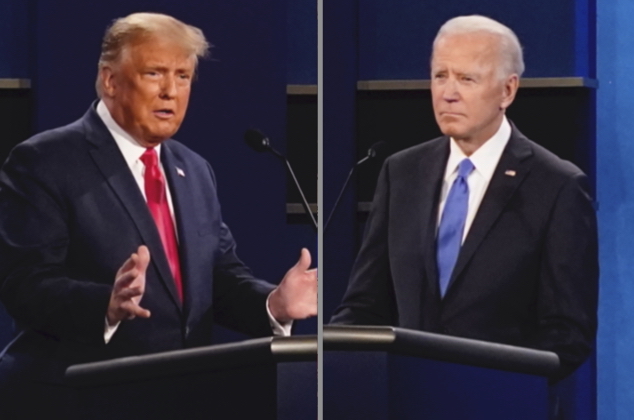 At least one long, national nightmare is now over — and that is the 2020 Presidential Debate season. Who emerged from the six-week fracas with the best crack at winning the Nov. 3 election?

President Donald Trump and Democratic challenger/ former VP Joe Biden faced off for a second time on Thursday night, more than three weeks after their first debate and one week after their second debate wound up essentially replaced by “dueling town halls,” the fallout of Trump’s recent COVID-positive diagnosis.

The 90-minute second debate was held at Belmont University in Nashville, Tenn., with NBC News’ Kristen Welker serving as moderator. (Ahead of the debate, Trump — fresh off his Oct. 15 town hall grilling by NBC News’ Savannah Guthrie — dismissed Welker on successive occasions as “extraordinarily unfair,” “a radical left Democrat” and “a very biased person.” But he was genial during the actual deabte.)

Following the barrage of interruptions that polluted the first debate, the Commission on Presidential Debates decided that for this go-round, each candidate’s microphone would be muted during his opponent’s allotted time for opening remarks. All microphones would then be turned back on during the discussion portion, but any interruptions will count towards the candidates’ overall time. But in execution, did that all fall under, “Man plans, God laughs”…?

The rematch consisted of six segments dedicated to the topics of the battle against COVID-19; American families; race in America; climate change; national security; and the always-important “leadership.”

How did Welker fare as moderator? Did the mic muting make the melee more manageable (or frankly mundane)? And who “won” this very final debate, Trump or Biden? Vote in our polls below, and then hit the comments to share your misinformation-free thoughts!