As it readies to begin filming in April, Disney+‘s Obi-Wan Kenobi has rounded out its cast with a few familiar faces — including two more actors from the Star Wars prequel trilogy.

Set 10 years after the events of Star Wars Episode III: Revenge of the Sith, in which Ben Kenobi faced his greatest defeat — the downfall and corruption of his best friend and Jedi apprentice, Anakin Skywalker — the “special event series” brings back Ewan McGregor and Hayden Christensen in those two roles. And as recently announced, Game of Thrones alum Indira Varma will fill an undisclosed role. 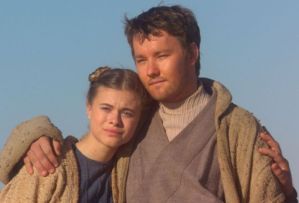 Obi-Wan Kenobi is being directed by Deborah Chow, who helmed two episodes of The Mandalorian Season 1. Joby Harold is head writer and will serve as an EP alongside McGregor, Chow, Kathleen Kennedy and Michelle Rejwan.