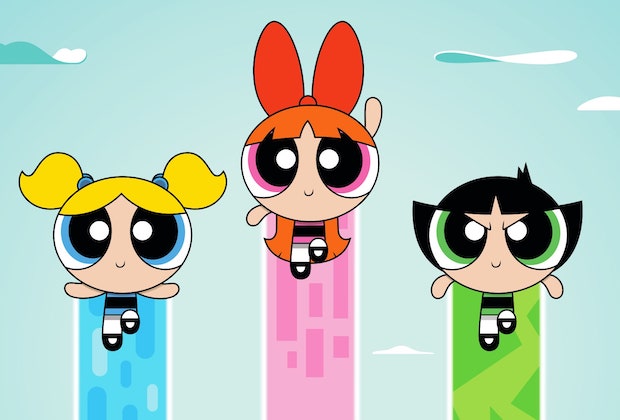 The CW is prepping for a potential profusion of girl power.

The network has greenlit three pilots centered on young women, TVLine has learned, including a live-action project based on The Powerpuff Girls cartoon series.

The Powerpuff Girls will follow characters introduced in Craig McCracken’s Cartoon Network series, who are now “disillusioned twentysomethings who resent having lost their childhood to crime fighting,” the official logline reads. “Will they agree to reunite now that the world needs them more than ever?”

The CW also ordered Naomi, a series adaptation of Brian Michael Bendis/David F. Walker/Jamal Campbell’s DC comic of the same name. Per the logline: “Naomi follows a teen girl’s journey from her small northwestern town to the heights of the multiverse. When a supernatural event shakes her hometown to the core, Naomi sets out to uncover its origins, and what she discovers will challenge everything we believe about our heroes.”

Naomi hails from Ava DuVernay (Queen Sugar, When They See Us) and Jill Blakenship (Arrow), both of whom will write and executive-produce. Other EPs include Sarah Bremner (Bright, The White Tiger) and Paul Garnes (Queen Sugar, Underground).

The third project greenlit is an as-yet-untitled dramedy about two millennial nuns: one who’s devout and a true believer, and the other who hasn’t yet taken her final vows. They “start as strangers and become sisters on a funny, spirtual journey to understand their own faith and place in the Catholic Church,” the logline reads. The project, from Claire Rothrock and Ryann Weir, names Jennie Snyder Urman (Jane the Virgin) among its executive producers.

In addition, The CW on Tuesday issued a straight-to-series order to a reboot of The 4400. Earlier this month, The CW renewed 12 series for the 2021-22 TV season, including The Flash, Riverdale, Dynasty and the recent Walker reboot launch.

For a full listing of all the projects in contention this pilot season, make sure to bookmark TVLine’s handy Pilot Season Guide.