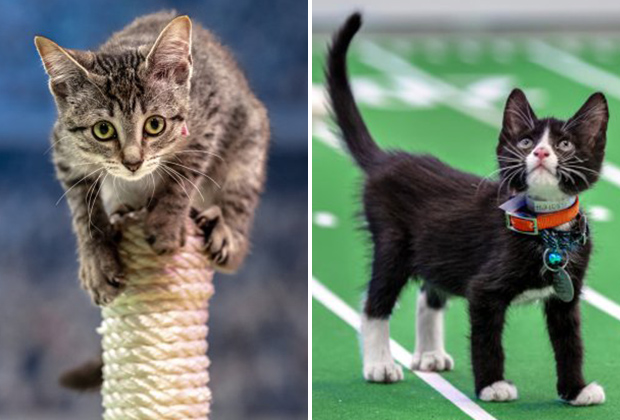 Beth Stern will once again host the mane event from Hallmark Channel Stadium, where she’ll be joined by Cameron Mathison and Tamera Mowry-Housley for additional commentary. The broadcast begins at 2/1c.

In addition to highlighting the contributions of cats in the world of sports, the Kitten Bowl also raises awareness about the importance of fostering and adopting cats in need. Though the four-legged players in this year’s game have all been adopted, the Bowl’s official site has a link to North Shore Animal League America, the “world’s largest no-kill animal rescue and adoption organization.”

Of course, these kittens aren’t just competing against one another — they’re also competing against Puppy Bowl XVII, at least for ratings, as Animal Planet is airing its dog-focused football event at the same time as the Kitten Bowl. (You can click here to get up close and paw-sonal with the puppies competing in this year’s big game.)