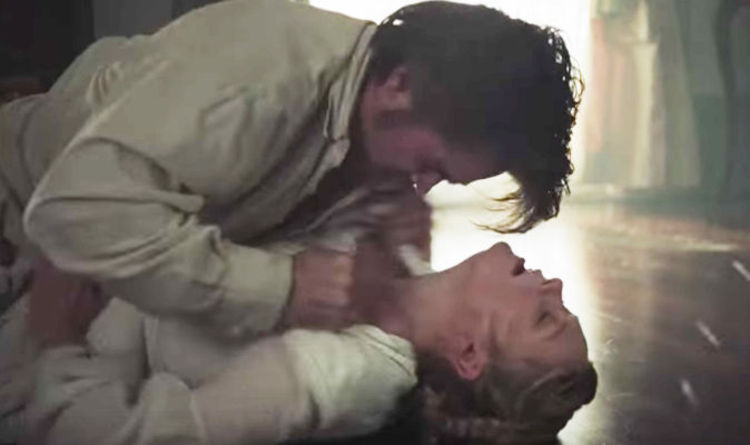 Most women probably wouldn’t object to shooting a sex scene with the Irish heartthrob under normal circumstances, but this doesn’t sound like a cosy romcom.

Tried  It  All  To  Stop  The  Spraying?  This  Weird  Trick  From  A  Cat  Behaviorist  Might  Help.
$37.00
Read More
⇛ view similar products
Belly dancing course

The film is a steamy Gothic thriller set on a plantation in America’s Deep South during the Civil War.

Farrell’s handsome wounded stranger is taken in by a group of women who start to compete for his affections.

The first trailer hints at the nature of Dunst’s scene and she revealed more to E1 News.

Fortunately, Farrell was also aware that the scene would be difficult for his female co-star.

Farrell said: “It’s harder for women and women have in the history of cinema been more exploited of course, through the means of sexuality, by men than men have. So, it’s situations like that, any love scenes that I’ve been a party to over the years, you just [do] whatever your female dance partner needs.”

“I really think a woman should be the boss completely in those scenes, whatever she needs to make her comfortable and allow her to have the freedom to do the job she needs to do.”

The actress said that having a female director made all the difference as Coppola was sensitive to her discomfort and shot the scene as quickly as possible.

The movie also stars Nicole Kidman and Elle Fanning and is based on the 1971 original of the same name.