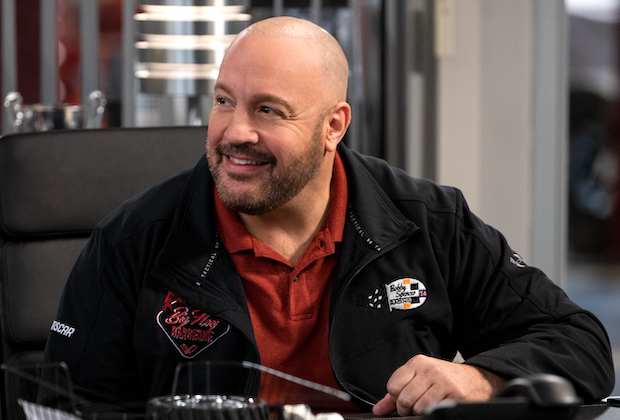 NASCAR fans will have more than just the Daytona 500 to look forward to on Presidents’ Day weekend.

Netflix announced Friday that The Crew, a NASCAR sitcom headlined by Kevin James, will premiere Monday, Feb. 15 — one day after the big race.

The 10-episode comedy centers on Kevin, a NASCAR crew chief for the fictional Bobby Spencer Racing team. “When the owner (Rizzoli & Isles‘ Bruce McGill) steps down and passes the team off to his daughter Catherine (The Last O.G.‘s Jillian Mueller), Kevin has to protect himself and his crew from her attempts to modernize the team.”

Kevin is also concerned that Catherine is going to replace charismatic driver Jake Martin (Bridgerton‘s Freddie Stroma) with up-and-comer Jessie (Alexa & Katie‘s Paris Berelc). “Sponsors love the idea of getting a young woman behind the wheel — and unlike Jake, she knows as much about the cars as the mechanics,” according to the official logline.

Additional series regulars include Gary Anthony Williams (The Neighborhood) as Chuck, an old-school member of the crew with MacGyver-level skills; Dan Ahdoot (Cobra Kai) as Amir, the technologically savvy member of the crew; and Sarah Stiles (Billions) as Beth, who carries a torch for Kevin.

Click through the attached gallery for a closer look at The Crew, then hit the comments and tell us if you’ll be adding James’ latest sitcom to your Netflix queue.