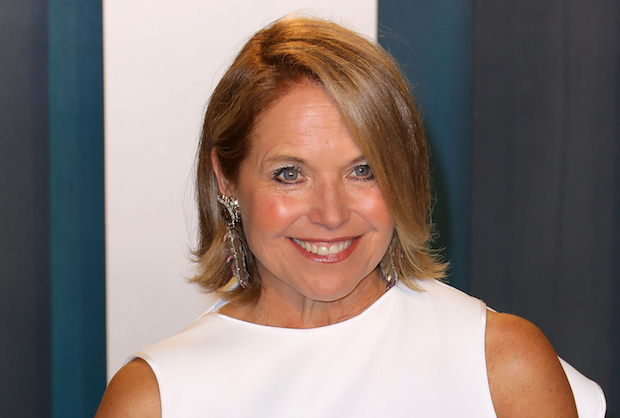 According to the L.A. Times, the former network news giant will take the interim hosting reins for one week, succeeding the late Alex Trebek, whose final episode airs Friday, Jan. 8. A Jeopardy! spokesperson declined to confirm the Couric news.

Couric’s week-long stint will presumably follow that of fellow interim guest host Ken Jennings, who is set to take center stage on Monday, Jan. 11. Jennings, of course, has been mired in numerous controversies of late involving, among other things, his “unartful and insensitive” Twitter history.

Jennings’ ascension to guest host was foreshadowed last September when he joined the iconic game show as a consulting producer. In that new role, he presented his own special video categories, developed projects, assisted with contestant outreach, and served as a general ambassador for the show.

Trebek, who died on Nov. 8 after a nearly two-year battle with pancreatic cancer, kicked off his final week of shows on Monday by delivering a posthumous plea to viewers about the importance of showing love and compassion to those individuals impacted by COVID-19.

“This is the season of giving,” Trebek said at the top of Monday’s episode (watch video here). “I know you want to be generous with your family, your friends, your loved ones. But today I’d like you to go one step further. I’d like you to open up your hands and open up your heart to those who are still suffering because of COVID-19 — people who are suffering through no fault of their own. We’re trying to build a gentler, kinder society. If we all pitch in just a little bit, we’re gonna get there.”