I'm first person to have proton therapy in the UK

Manifestation  Millionaire  changes  the  way  you  comprehend  everything  around  you.
$47.00
Read More
⇛ view similar products
Winning the auction game

A  Service  that  Makes  YOU  a  Profit,  not  Your  Bookie.
$14.95
Read More
⇛ view similar products
Adver Blast Unlimited Traffic 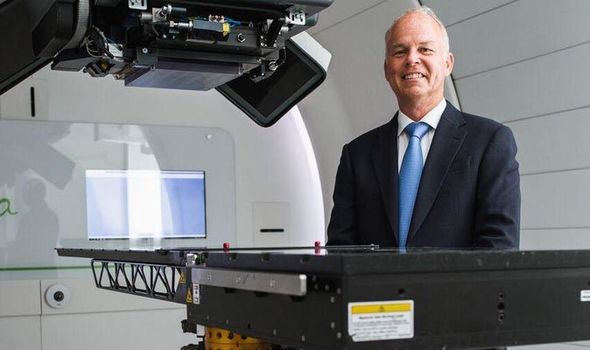 His doctor recommended a series of tests, including one on his prostate, and later at Cheltenham General Hospital the 56-year-old received some bad news.

“They confirmed there was a small lump and I had to have a biopsy,” says the father-of-two.

“I went for a biopsy and it was revealed I had an aggressive form of prostate cancer.”

The news came as a hammer blow not least because it was Simon’s second cancer diagnosis in six years.

In January 2011 he was told he had “aggressive” neck and throat cancer and embarked on a three-month course of radiotherapy and chemotherapy.

“The treatment is gruelling and can destroy your salivary glands,” he says.

“It was not until late 2012 I really started to recover and feel better. But I made a full recovery and life was normal until 2017.”

Simon, who runs a small property investment company with his brother, was shocked and tearful that the Big C had returned in a different form. 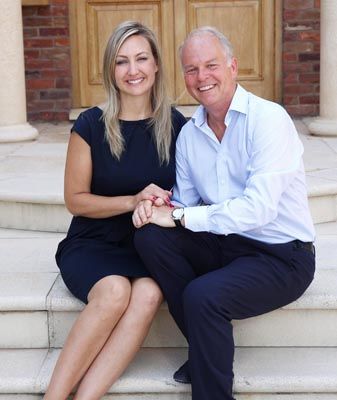 “We have all heard the stories about prostate cancer – one man dies every 45 minutes – I knew what the statistics were. But my family were amazing and I am quite a strong person myself.”

As before he was offered two treatments: surgery or radiotherapy.

He knew surgery carried the risk of impotence and incontinence and, following his horrendous previous experience of radiotherapy, he had no desire to go down that route either.

“I had to try to find something to give me the best quality of life after treatment.”

He was aware of the case of Ashya King, the boy who had a medulloblastoma – a type of brain cancer – who was successfully treated with proton beam therapy in the Czech Republic.

But Simon’s research kept leading him back to a treatment centre a lot closer to his home in Woolaston in the Forest of Dean.

The Rutherford Cancer Centre, one of the only clinics in Britain to offer high energy proton beam therapy, had recently opened new premises in Newport, South Wales.

The “almost unbelievable” opportunity to apply to have the treatment barely half an hour away from his doorstep proved to be lifetransforming. 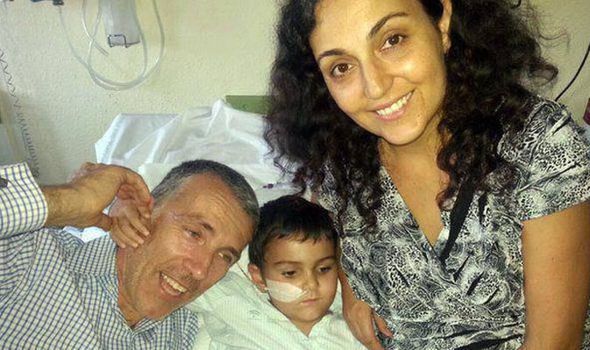 I am not saying proton beam is for everyone but in my experience I made the right decision.

Unable to get his proton treatment funded by the NHS he covered the £50,000 cost with support from his brother and became the first person in Britain to be treated by proton beam therapy.

The clinic confirmed it could treat him in December and he began a three-month course of hormone therapy.

“The treatment started on the first week of April,” he says.

“It is a really kind treatment, the only side-effect I had was a little tiredness at the end of the day and I felt I had problems going to the loo. After having it everything was fine.”

Simon already feels 95 per cent better. Proton therapy is so precise it can target hard-to-reach tumours and is often used in the treatment of children.

It is considered preferable because it releases its tumour-killing energy only when it hits its target unlike conventional radiotherapy which damages healthy cells en route.

“I am not saying proton beam is for everyone but in my experience I made the right decision,” he says.

“It was amazing. I am confident it has worked, I am feeling great.”

Proton Beam International, the company that operates the Rutherford, is building a network of new centres across Britain. Reading and Northumberland are expected to be up and running by 2019 and Liverpool and West London will be in place a year later.

Backed by £150million of support from City institutions its ultimate aim is to have eight centres in place in the UK within 90 minutes of 75 per cent of the population. Immunotherapy, radiotherapy, chemotherapy, along with imaging and wellbeing services, will be offered alongside proton beam therapy treatment.

The NHS has only two centres offering proton therapy (one specialising in eye treatments), and every year it sends 400 cancer patients abroad – predominantly to private US-based centres – at a cost of £114,000 per patient.

It plans to open a third centre in the UK within two years. Professor Karol Sikora, former head of the World Health Organisation’s cancer programme, who is spearheading Proton Beam International’s network of centres, says there is global interest in its work.

“We have people from the Gulf and Russia wanting to come. We are assessing a lot of patients and are getting 20 calls a week.”

Did you know the global number of students enrolled in higher education is expected to reach a whopping 262 million by 2025? That’s...