So, if you know anything about Pretty Little Liars, you’ll know that at first they were being terrorised by a mystery person named “A”. 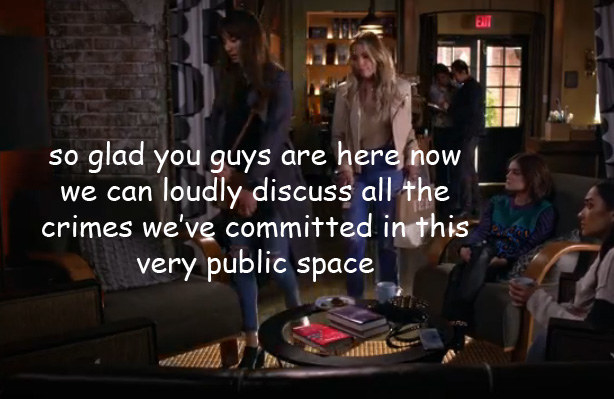 Well, we now know it turned out A was actually CeCe Drake aka Charlotte DiLaurentis, who was born Charles. Charles was shipped off to Radley as a child, where she transitioned and became Charlotte/CeCe Drake. It’s a really fucking long story. Once she was caught, she was locked up in Radley for five years. The night she was released, she was murdered. And now we have another mystery.

1. Whoever killed Charlotte is still on the loose. But just after she died, the five Liars started getting threatening messages from a new person – A.D.

A.D. is also trying to figure out who killed Charlotte. We have no idea who it is but the suspects have included the Liars, Noel Kahn, Toby’s new girlfriend, Jenna, and basically everyone on the show. No one suspects Ali, which is strange considering HER INITIALS ARE LITERALLY A.D.

Well, now that’s as clear as mud, here are the main things you need to know going into the final 10 episodes: 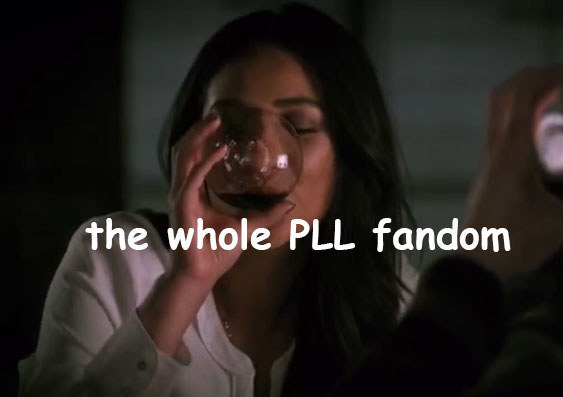 2. Spencer was shot by what appeared to be Jenna… but it was probably A.D. 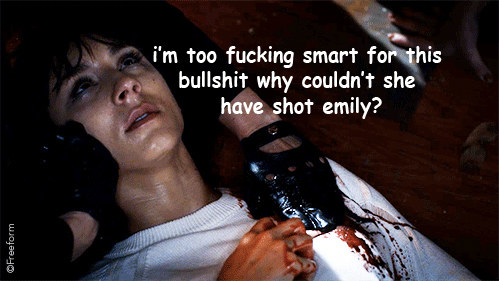 3. And Noel Kahn got decapitated. 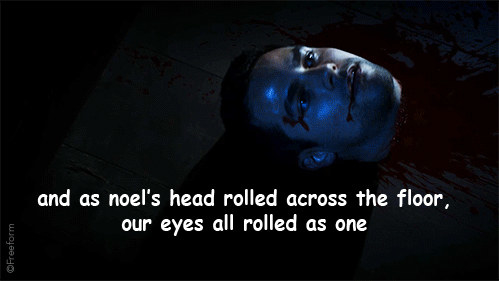 I know it’s not funny, but lmao. This all happened in a ~School For The Blind~ which the girls were lured to. For some reason, the school was decorated with suits of armour holding axes, which is how poor old Noel met his fate.

It turns out he was working with Charlotte to torture the Liars but I guess that’s a moot point now that he’s dead? Convenient…

4. Meanwhile Blind Jenna has either been abducted by A.D., or perhaps is in cahoots with them, who even knows anymore? 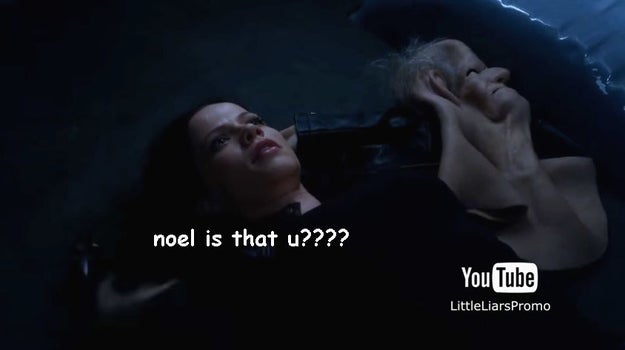 Last we saw, she was in a van.

5. Everyone’s romantic lives are a hot mess but what the hell else is new? 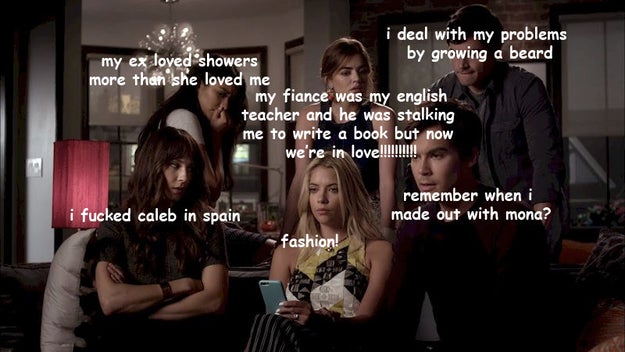 6. Spencer dated Caleb, but was still kinda hung up on Toby, who’s engaged to someone else. Then she hooked up with a cop who might be 40?

His name is Detective Fury, and unlike Toby he seems to stay away from the gummi bears.

7. Oh yeah, and Toby and his fiancé were in a car accident and we have no idea if they’re dead or alive. 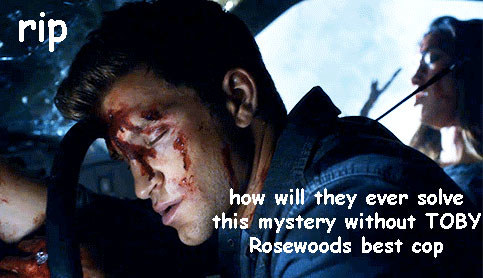 8. Hanna broke up with her hot fiancé and got back together with Caleb, who she kissed while he was still with Spencer. 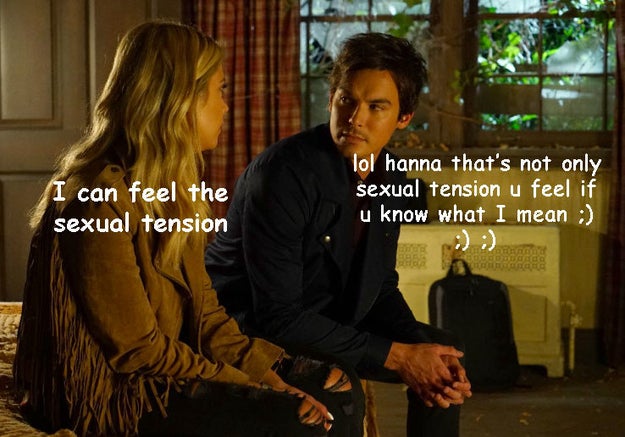 9. Emily was dating Shower Harvey, who ended up to be evil, but then Shower Harvey died. Then there was all this tension between Ali and Emily, and for some reason Paige is just always lurking around.

Then in the last episode she hooked up with Alison. I’m fucking mad about that. Don’t @ me.

I honestly could not think of a less responsible mother than Alison DiLaurentis. And that’s really saying something.

Way back in the day, Emily sold her eggs to make some money. But, surprise surprise, those eggs were stolen. So there’s a chance that the baby inside Ali is actually Emily’s, and Archer the fucking nutter implanted them in her. Lmao what the fuck is this show?

12. Aria was engaged to some guy, but hooked up with a miserable, beardy Ezra… then he proposed to her. 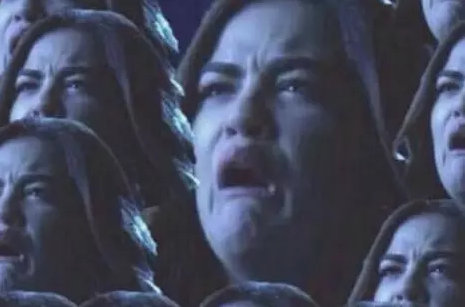 Aria was engaged to some random guy (who was honestly Ezra 2.0) but she dumped him as soon as Ezra showed interest in her again. I think his name was Liam. Or Louis. Lionel? Idk.

13. However, Ezra found out his dead ex-girlfriend was actually alive, and Aria saw them embracing on TV. 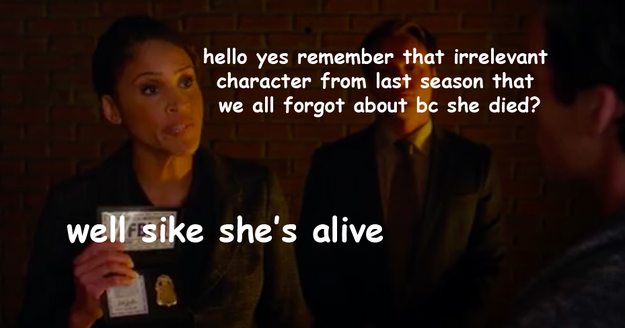 This was a damn weird storyline and I’m not invested in it enough to remember correctly, so apologies if this is a little off: Nicole went to South America but she never came back. Ezra grew a beard and was sad for a few episodes, but then he forgot about her and proposed to Aria. Then the FBI showed up at their door, said that Nicole was alive, and Ezra went to South America to find her. The fucking idiot found her, basically kissed her in front of a TV camera, and of course, Aria saw the whole thing.

Yes. That is a real sentence. It’s a really long story, but basically Alison was married to Dr Rollins, who was Charlotte’s psychiatrist while she was in Radley. But! He was actually a British guy in a mask (lol), who was also sleeping with Charlotte when she died (lol). Rollins (real name Archer) shipped Ali off to a psychiatric hospital. The Liars figured out he was shady, rescued her, Hanna ran Rollins over (by accident), and they buried him in the woods.

Anyway, it seems like Archer was working with Mary Drake (Alison’s aunt and Charlotte’s mum) to take control of the Carassimi Group and take all of Ali’s money. Yeah, I don’t really get it either.

Mary told Spencer this just after she was shot. Honestly mate, choose your timing. I think for a while we thought that Noel Kahn was also Mary Drake’s kid but that might have just been a dream I once had? Also, that makes Charlotte and Spencer sisters… technically.

16. Jason DiLaurentis is still around I guess, but what’s he up to? I don’t know. 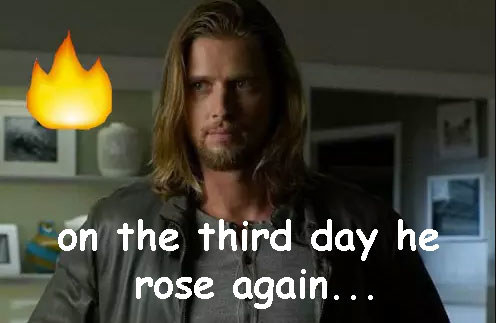 Probably brooding somewhere with his shirt off. He grew his hair really long for a while, kinda looked like a hot modern day Jesus, and we also found out he slept with Aria a couple times back in the day. 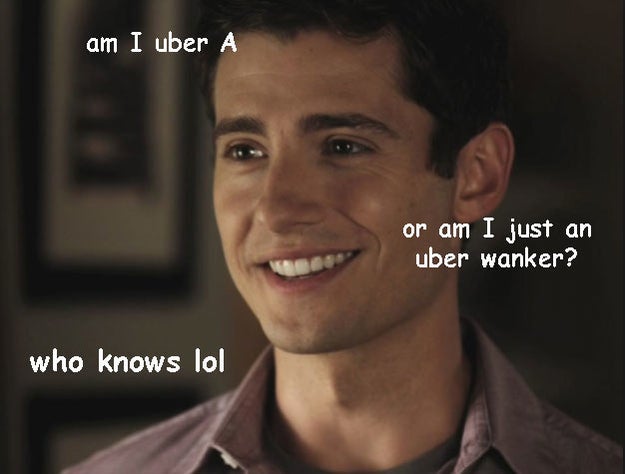 He keeps being mentioned in passing so you can bet your ass he’s going to pop up sometime soon. Ali’s pseudo-husband Rollins aka Archer was British, so he probably has some connection to old mate Wren. That’s how this show usually works, anyway. 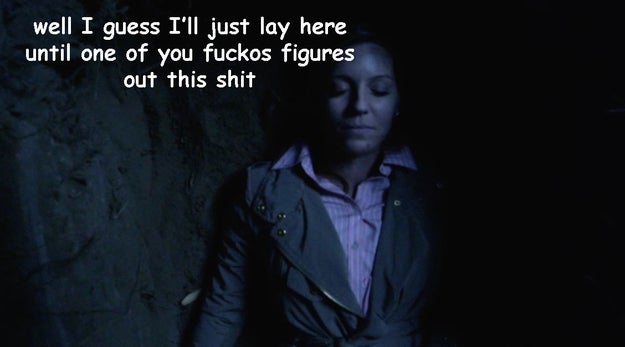 Honestly, do any of us care at this point?

19. The Liars’ mums have been very absent from the last season. 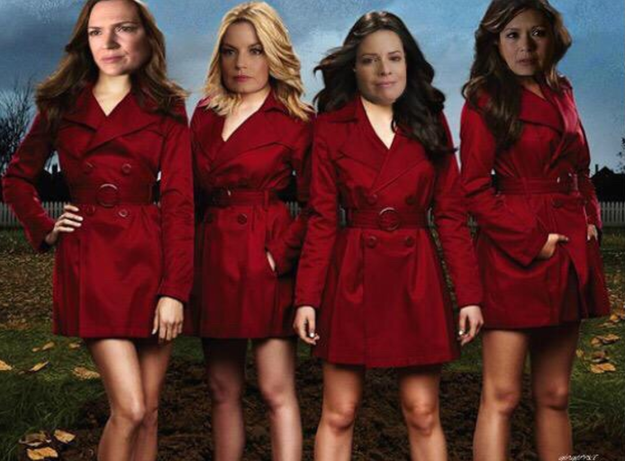 Maybe it’s because they’re all adults now, or maybe the Wine Mom budget was all used up in Season Six, but Rosewood has been an empty place without them. 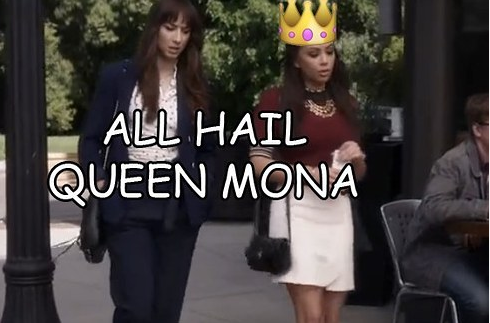 She’s the smartest of all those dummies too – if she’s not the one trying to kill them, she’s probably the only one that can actually save them.

21. Lucas pops up from time to time, and is very rich, and Hanna was living in his house for some reason. 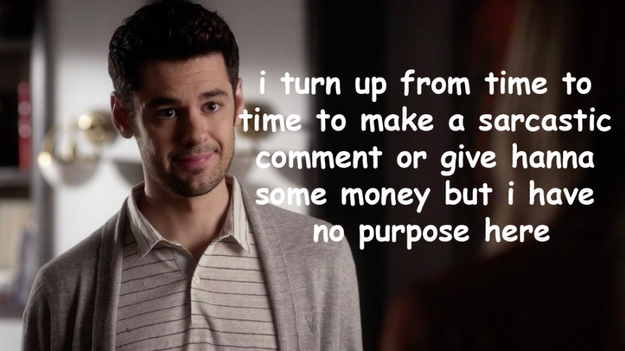 I think he offered to buy her a business or some shit? Who even knows with this show.

22. The cast have teased that they were all shook about the upcoming finale. 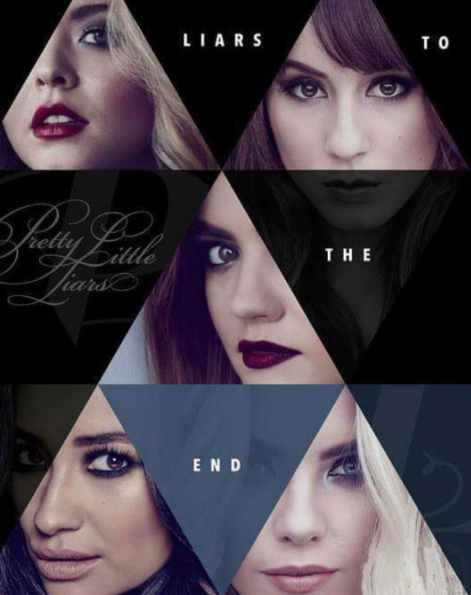 I.Marlene King said it was very “twisted”, while Shay Mitchell (Emily) said she was “blown away”, and Tyler Blackburn (Caleb) said he was “stoked”. Ian Harding (Ezra) said he initially “didn’t buy the ending”, but later changed his mind. You can read more about it here.

Check out more articles on BuzzFeed.com!

The old Casino was established decades ago. But the Internet casino industry is relatively new. How does new casino bonuses online gaming...