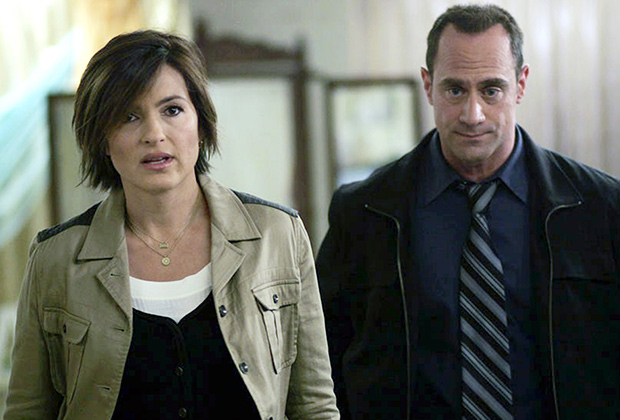 Only two new words are spoken in NBC’s latest promo for Elliot Stabler’s long-awaited return to the Law & Order-verse, but to be fair, they’re two pretty great ones.

The brief-but-powerful preview, which aired Thursday night, finds Elliot (Chris Meloni) arriving to what looks like the scene of a crime. Though we don’t see him, we hear him call out to Liv (Mariska Hargitay), who turns around and speaks his name in return.

The emotion in her voice is comparable only to the fans’ excitement about seeing this iconic duo back together after all these years. Meloni starred opposite Hargitay for the first 12 seasons of Law & Order: SVU, departing ahead of Season 13 over what he recently referred to as an “inelegant” contract dispute.

Before the reunion is revealed, this new promo takes us back to the duo’s earlier days, with Liv praising their “great rapport.” We’re also forced to relive the devastating moment Liv learned that he would no longer be her partner. (It’s OK now, we know how the story ends!)

Hit PLAY on the video below for your latest look at the major crossover event, then drop a comment with your thoughts.