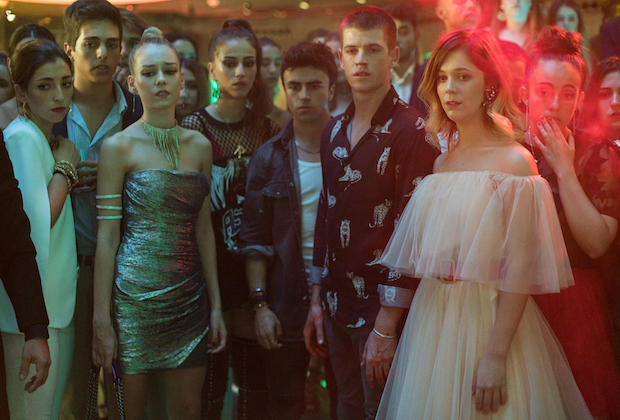 Netflix will continue to roam the halls of Las Encinas for the foreseeable future. The streaming service has renewed Spanish-language drama Elite for a fifth season, ahead of its Season 4 premiere.

According to our sister site Deadline, the Season 5 cast will include a pair of newcomers: Argentinian actress Valentina Zenere (Cable Girls) and Brazilian actor André Lamoglia (Juacas). Character details were not provided.

Set at Las Encinas, an upper-class secondary school, Elite follows the relationships between three working-class scholarship students and their wealthy classmates. As seen in the Season 3 finale, several students — Carla, Lu, Nadia and Valerio — have left Las Encinas behind and are embarking on a new life. (Polo, of course, wasn’t so lucky and was accidentally killed by Lu.)

Meanwhile, Omar joined his boyfriend Ander, plus Samuel, Guzman and Rebeca, as a student at Las Encinas, while Cayetana became the school’s new janitor.

Elite was previously renewed for a fourth season in May. In a tweet confirming the Season 5 renewal, Netflix made clear that there’s still no timetable for Season 4’s premiere.

TVLine’s Streaming Renewal Scorecard has been updated to reflect Elite‘s early Season 5 pickup. Are you looking forward to binge-watching multiple seasons in the not-too-distant future?

Elite fans, get ready for more because the show has been renewed for a fifth season!

(and before you ask… no, Season 4 has not premiered yet) pic.twitter.com/AUkFUcTwAa