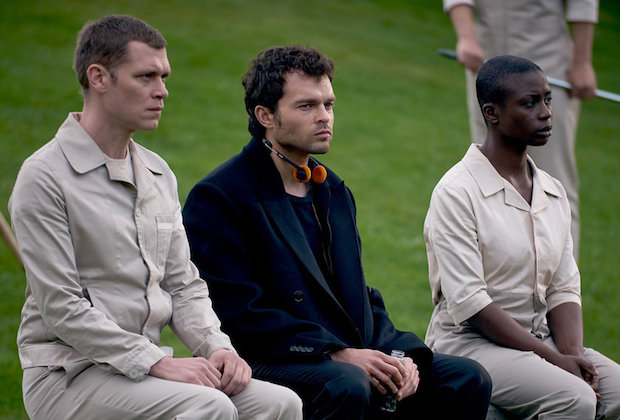 Peacock is turning the page on Brave New World: The streamer has cancelled its adaptation of the classic Aldous Huxley sci-fi novel after one season, according to our sister site Deadline.

“There will not be Season 2 of Brave New World on Peacock,” the streamer said in a statement. “David Wiener created a thought-provoking and cinematic adaptation. We’re grateful to the cast and crew who brought this world to life. We look forward to telling more stories with David in the future.”

Based on the 1932 novel, Brave New World was set in a futuristic utopian society that has achieved peace and prosperity “through the prohibition of monogamy, privacy, money, family and history itself.” Alden Ehrenreich (Solo: A Star Wars Story) starred as John the Savage, with Harry Lloyd (Game of Thrones) as Bernard and Jessica Brown Findlay (Downton Abbey) as Lenina. The supporting cast included Kylie Bunbury, Joseph Morgan and Demi Moore.

Brave New World debuted on Peacock on July 15, along with the launch of the streaming service itself. It was one of Peacock’s higher-profile original series, along with Season 3 of the NBC sitcom A.P. Bio and the upcoming “reimagining” of Saved by the Bell. The cancellation caps Brave New World‘s run at a total of nine episodes.

TVLine’s Streaming Scorecard has been updated to reflect the news. Sorry to see Brave New World go? Hit the comments below and share your reaction to the news.