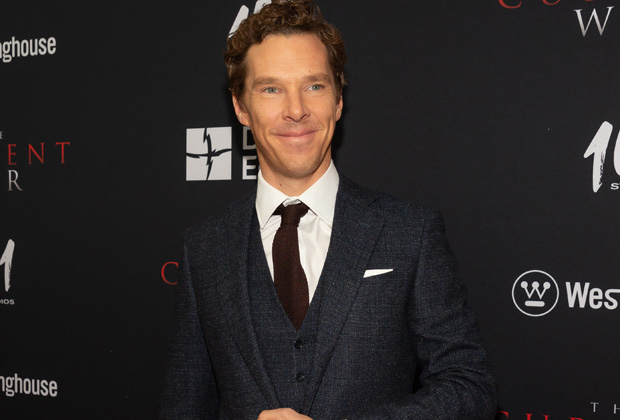 Today is a good day because Benedict Cumberbatch has secured another paycheck. The Sherlock actor is slated to star in a limited series, The 39 Steps, inspired by John Buchan’s novel of the same name, our sister site Deadline reports. Alfred Hitchcock previously adapted the book into a 1935 film.

The updated series, which doesn’t have a network attached yet, is described as a “provocative, action-packed conspiracy thriller” that “updates the classic novel for our times,” per the official description. It will center on Richard Hannay, an ordinary man who unwittingly becomes a pawn in a far-reaching global conspiracy to reset the world order — “39 Steps that will change the world as we know it, with only Hannay standing in the way.”

The 1935 Hitchcock film starring Robert Donat and Madeleine Carroll found Hannay (Donat) forced to go on the lam in Scotland after being falsely accused of murdering a secret agent. He soon becomes involved with an attractive woman (Carroll) while hoping to bring this spy ring to light and finally clear his name.

Cumberbatch will executive-produce the limited series, which was created by The Revenant writer Mark L. Smith. Edward Berger, who previously worked with Cumberbatch on the Showtime limited series Patrick Melrose, has signed on to direct.

Cumberbatch — who won an Emmy and three more nominations for playing the iconic detective in PBS’ Sherlock — is also set to reprise his role as the Sorcerer Supreme in the Marvel movie sequel Doctor Strange in the Multiverse of Madness, which is due for release in March 2022.