Eleven more acts returned to the America’s Got Talent stage on Tuesday for another round of (mostly) live performances. But will the voters be as easy to win over as super-soft guest judge Kenan Thompson? 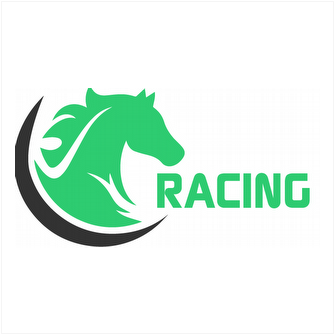 “First of all, thank you all for having me here,” Thompson, the second celeb to step in for an injured Simon Cowell, said atop the two-hour broadcast. “This is incredible. The only thing I can say is just seize the moment. If you have nerves, turn those nerves into superpowers. Go out there and take it!”

KELVIN DUKES | The 14-year-old crooner kicked off the night with a high-energy rendition of “Valerie” that was definitely more Bruno Mars than Amy Winehouse. And that’s not a bad thing! Howie Mandel said he couldn’t wipe the smile off his face, and Heidi Klum officially dubbed him one of her favorites. No complaints. Click here to watch.

THE SHAPE | The next time someone tells you that Generation Z has no appreciation for artists of yesteryear, point them in the direction of this charming bunch. Decked out in matching Charlie Chaplin mustaches and canes, these dancing “brothers” dazzled the judges with a routine set to Pitbull’s “Fireball” and Neon Trees’ “Everybody Talks.” Actually, make that most of the judges; Mandel opposed his fellow panelists, telling The Shape that they had “no precision.” (I don’t know who’s the bigger monster — Mandel or the cops that wouldn’t let the guys rehearse at their local park during quarantine.) Click here to watch.

KAMERON ROSS | The first single-tear moment of the night came courtesy of Kameron Ross’ tumultuous backstory about coming out to his mom, who is now battling cancer. It was a beautiful story, and I was really rooting for Ross to kill it this week… which is why I was pretty bummed that he didn’t. But it’s up to America, so time will tell whether his nervous Lady Gaga performance gave voters a million reasons to let him go — or just one good one to stay. Click here to watch.

BAD SALSA | This dancing duo took us to Bollywood this week, prompting a very impressed Klum to suggest the act rename itself BAD-ASS Salsa. “Is this a dance act or a danger act?” she asked, to which Vergara added, “Before I die, I need someone to spin me like that!” (Your move, Joe Manganiello.) Mandel even used BAD Salsa’s performance to take another jab at The Shape, telling his fellow judges that BAD Salsa showed the “precision” that The Shape lacked. (Honestly, what happened to Mandel in his childhood that left him so angry at shapes?) Watch:

VINCENT MARCUS | This. Poor. Guy. Marcus’ performance of nursery rhymes-turned-raps was easily one of the cringiest television moments I’ve experienced in recent weeks. I’m not saying he owes a personal apology to each and every one of the rappers he attempted to impersonate, but it might be a nice gesture. Thompson offered mostly positive remarks, but Klum — who had to whisper “He’s doing Eminem” into Mandel’s ear — told it like it was. Click here to watch.

ALEXIS BROWNLEY | I’ll be honest, I kind of wish AGT hadn’t shown us the pre-recorded bit with Brownley’s dogs talking before this week’s performance. I mean, now that we know they can talk, is it really that impressive to watch them jump over a few hurdles? That said, I do agree with Mandel’s assessment that “this is better than pigs.” Click here to watch.

BONAVEGA | In the immortal words of Monty Python, “and now for something completely different.” This self-proclaimed “rock ‘n’ roll crazy person” gave us an extremely necessary mid-show energy boost with an ’80s-tastic performance of The Weeknd’s “Blinding Lights.” The vocals were pretty solid, but what the judges really enjoyed was BONAVEGA’s aerobics-inspired outfit — even if Vergara preferred the J.Lo-inspired number he rocked during his initial audition. (“It was better for your body type!”) Click here to watch.

SPYROS BROTHERS | For two guys who excel in something called “the diablo,” these bonded brothers really do present themselves like little angels. Am I a diablo person? I wouldn’t say so. Much like Vergara, I feel like “it brings me fear.” But at least Mandel, who once again threw the word “precision” into the mix, had their back. Click here to watch.

DANELIYA TULESHOVA | I definitely appreciated Tuleshova’s slightly softer, more emotional take on Harry Styles’ “Sign of the Times,” even more so when I was reminded that the songstress is only 14 years old. It was hardly surprising to see her nab one of the few standing ovations of the night. Watch:

JONATHAN GOODWIN | The minute this certified lunatic appeared on my screen, I felt like I was watching an entirely different show. Kind of like Fear Factor, only with someone a million times more charming than Joe Rogan. (I especially enjoyed Goodwin’s off-the-cuff joke about Mandel’s dangerous bedroom activities, mostly because of how visibly uncomfortable it made him.) As I was saying, this certified lunatic doused himself in fuel before attempting to break himself free from a trap before he burned alive. It was… stressful. Klum put it best: “You’re completely insane, but I kind of liked it.” Click here to watch.

VOICES OF OUR CITY CHOIR | This inspiring San Diego-based group blessed us with another powerful performance, this time taking on the timeless classic “Stand By Me.” The harmonies were tight, the emotions were palpable, and that spoken-word moment was an especially nice touch. “I don’t know if you get a kick out of making people cry their eyes out, but that’s what happens every time you step onto the screen,” Thompson told them. (The SNL actor also earned points for knowing what the choir sang for its first audition. A guest judge who actually watches the show? Revolutionary!) Click here to watch.

So, which five of these acts should move on to the semifinals? And how’d Thompson as a fill-in for Cowell? Vote in our polls below, then drop a comment with more of your thoughts.