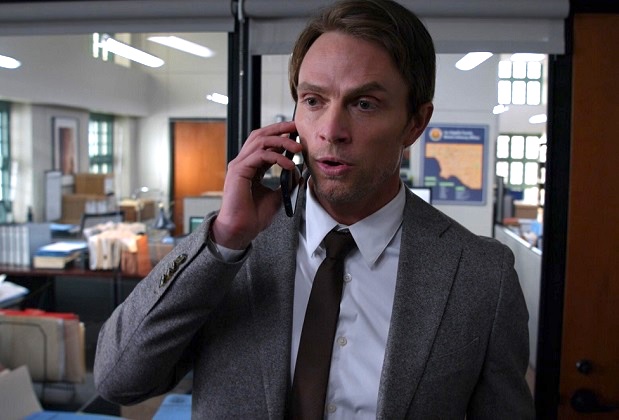 Mark and Amy’s fight is far from over on All Rise. In TVLine’s exclusive sneak peek from Monday’s episode (CBS, 9/8c), Amy still hasn’t returned home after storming out during an argument with her boyfriend.

For those in need of a refresher: Shocking evidence about an old case recently surfaced on Mark’s doorstep, courtesy of a mystery sender. But instead of sticking with Amy’s advice about what to do, Mark sought out his best friend Lola’s guidance, which didn’t sit well with his girlfriend.

Now, Mark (played by Wilson Bethel) is frantically calling Amy (Lindsey Gort) between dealing with his TikTok case involving the kids who threw parties during COVID. “Amy, you didn’t come home last night, and I need you to text me and at least let me know you’re OK,” he says in a concerned voicemail message. “Otherwise, I’m going to have to start calling the hospitals.”

Although Mark and Amy are frequently on opposite sides when it comes to the law, “what’s going to be great is…how they grow as a couple, and how they figure out how to be a couple and professionals in the same household,” co-showrunner Dee Harris-Lawrence tells TVLine.

Elsewhere in this week’s episode: When Lola’s husband, Robin, shows up in her courtroom in his official FBI capacity, Benner insists that Lola recuse herself.

Press PLAY above to watch the video, then hit the comments with your thoughts on Mark and Amy’s predicament!