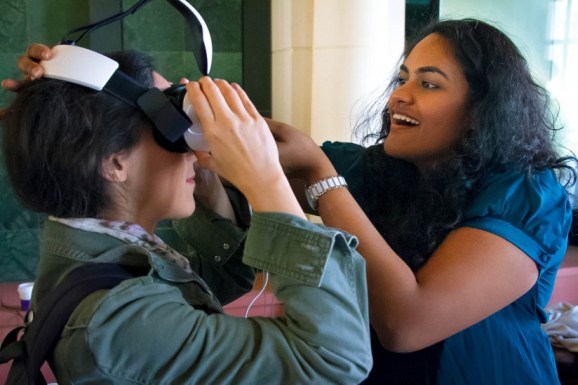 Don’t be surprised if you’re strolling by the University of Southern California campus and you see see 400 people decked out in virtual reality headsets next week. The university is hosting Creating Reality, its first VR/AR hackathon. It’s a four-day event that’s sponsored by USC, Intel, Microsoft, AT&T, and HP. It will…Read More

LockBit 3.0’s ransomware surge highlights that the cybercrime epidemic is far from over

LockBit 3.0's surge in activity throughout August highlights that organizations should expect the ransomware epidemic to continue.Read...

Report: 76% of non-IT workers say the pandemic prepared them to take on IT tasks

ManageEngine survey shows IT has become decentralized due to the pandemic, with non-IT employees learning IT tasks such as low/no code...

A damaged structure in the Ukrainian city of Izium after the withdrawal of Russian forces on September 16.Metin Aktas/Anadolu Agency via...