United We Fall Cancelled at ABC 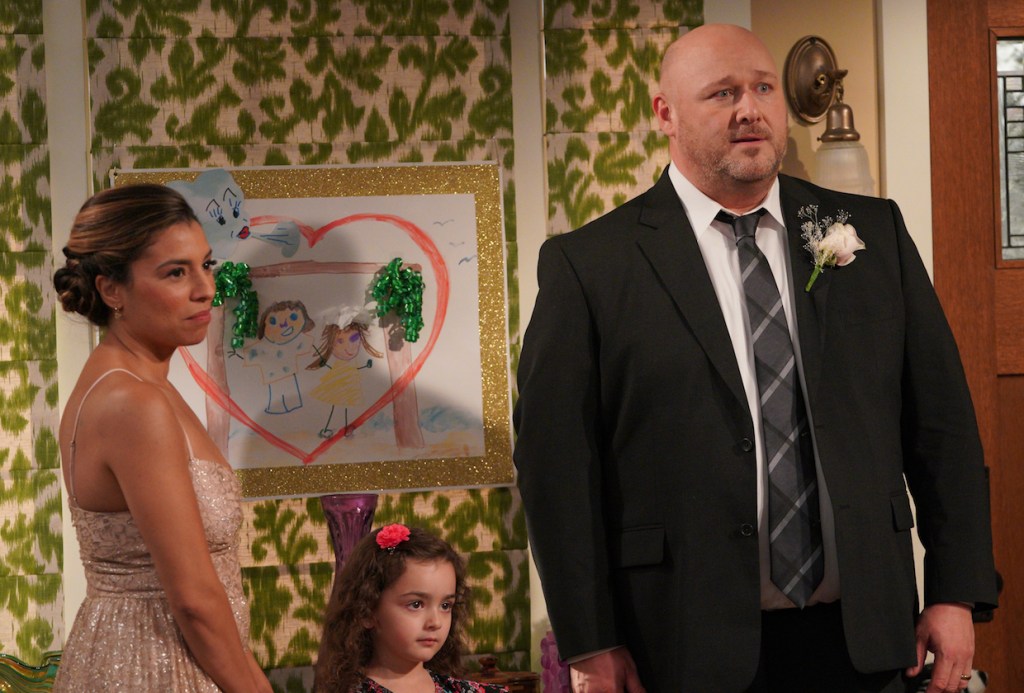 The axe has fallen on United We Fall: ABC has cancelled the family sitcom after one season, our sister site Variety reports.

Will Sasso (Mom, Less Than Perfect) and Christina Vidal Mitchell (Training Day, Code Black) starred as husband and wife Bill and Jo, whose lives are turned upside down when Bill’s mother Sandy, played by SNL and 3rd Rock From the Sun vet Jane Curtin, moves in with them and their two daughters Emily and Lulu. Guillermo Diaz (Scandal) co-starred as Jo’s brother Chuy.

First announced as a part of ABC’s primetime schedule way back in May 2019, United We Fall didn’t premiere until this July, more than a year after it was ordered to series at the Alphabet network. It debuted to 4.2 million total viewers and a 0.6 demo rating, scoring broadcast TV’s most watched summer launch in more than a year. The August 26 season (and now series) finale earned 3.1 million total viewers and a 0.5 rating, which was steady with the five previous weeks. The cancellation caps its run at a total of eight episodes.

TVLine’s Renewal Scorecard has been updated to reflect the news; check out the attached gallery above for the latest renewal status on all the broadcast shows. Will you miss United We Fall? Hit the comments below to share your thoughts on the axing.