The Good Fight Season 5: Cush Jumbo and Delroy Lindo Returning to ‘Give Audience a Proper Goodbye’ 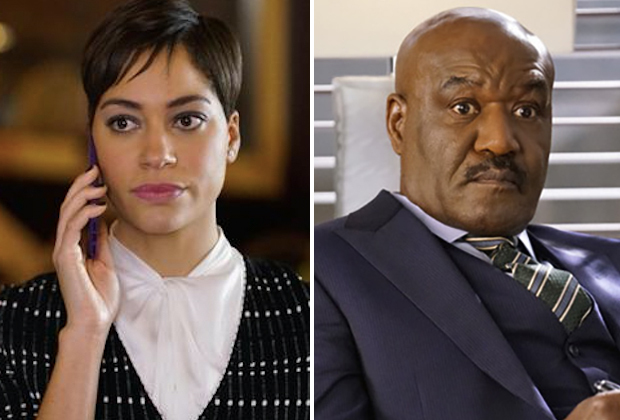 Coming soon on The Good Fight: A whole bunch of closure.

TVLine has learned exclusively that original cast members Cush Jumbo (Lucca) and Delroy Lindo (Adrian) — whose exits were announced last spring following the Paramount+ legal drama’s fourth season — will return as guest stars in the Season 5 premiere to finish out their characters’ storylines.

“We couldn’t be more grateful that Delroy and Cush will be returning in season 5 to finish off their arcs,” the Kings said in a statement to TVLine “We adore the actors and their characters, and are delighted to give the audience a chance to say a proper goodbye.”

In confirming her exit in May, Jumbo told TVLine, “I have had the most amazing time over the last five years working with Robert, Michelle and the crews of both The Good Wife and The Good Fight. I will miss them all so much, but am so excited to explore pastures new. Due to the pandemic forcing us to shut down early we weren’t able to wrap up Lucca’s story fully and so I hope if schedules allow I can return next season to do that.”

Lindo, meanwhile, announced a year ago that he would be stepping away from the acclaimed drama following Season 4 to headline the potential ABC series Harlem’s Kitchen.

To fill the void left by Lindo and Jumbo, The Good Fight has added Homeland vet Mandy Patinkin and Aussie actress Charmaine Bingwa as series regulars. Production on Season 5, meanwhile, is currently underway in New York. A premiere date has not been announced.