After teasing us with shadowy footage of Gillian Anderson in a recent Season 4 promo, The Crown has unveiled its first real look at Anderson’s portrayal of Margaret Thatcher.

Netflix on Tuesday released four new photos from The Crown‘s upcoming season, which will mark Anderson’s debut as the former prime minister. In the snapshot below, a blue-clad Thatcher smiles and waves to a crowd outside 10 Downing Street, the prime minister’s usual residence and office. British actor Stephen Boxer (Doctors) also appears in the photo as Thatcher’s husband, Denis.

Additionally, Emma Corrin is featured in the new photos as Princess Diana, who is getting photographed as she walks down the street, while other images depict Olivia Colman, Tobias Menzies and Josh O’Connor in their respective roles of Queen Elizabeth II, Prince Philip and Prince Charles.

As previously reported, Season 4 of The Crown will drop on Sunday, Nov. 15. The new episodes will be Colman’s last as the queen before she passes the baton to Imelda Staunton in Seasons 5 and 6. Staunton will be joined by Lesley Manville (Phantom Thread) as Princess Margaret, Jonathan Pryce (Game of Thrones) as Prince Philip and Elizabeth Debicki (The Night Manager), who will succeed Corrin as Princess Diana.

View The Crown‘s new photos below, then drop a comment with your thoughts! 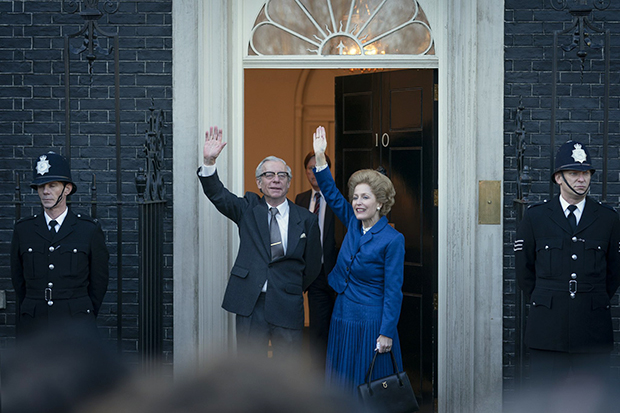 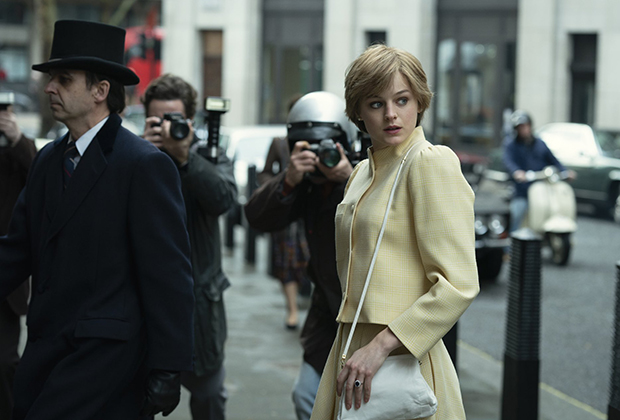 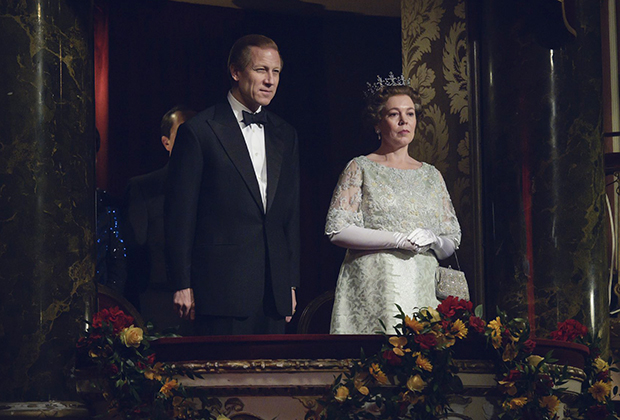 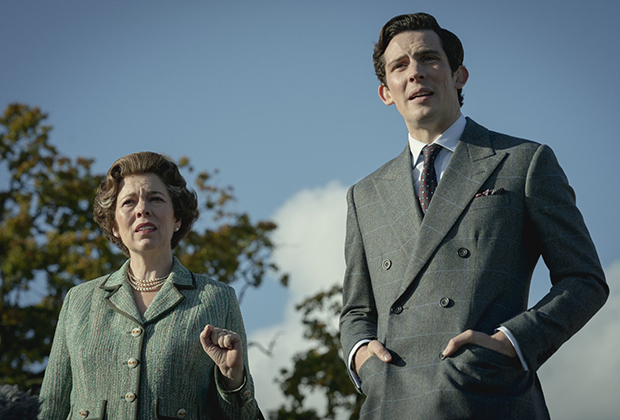