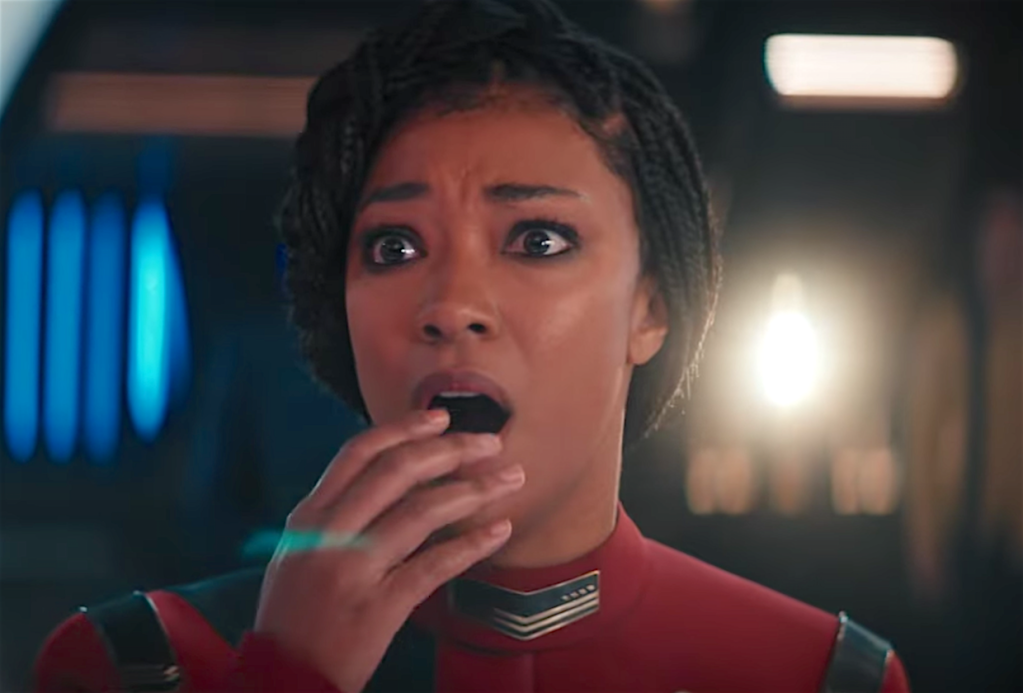 Star Trek: Discovery‘s new captain and her crew will be feeling the pressure when Season 4 hits later this year, according to a new trailer.

Paramount+ unveiled the trailer on Monday as part of Star Trek‘s “First Contact Day” series of events, along with the news that Discovery will return for Season 4 sometime in 2021. In the trailer, Burnham — that’s now Captain Burnham to you — and the Discovery crew face an unprecedented threat: a “gravitational anomaly” that’s five light years across and wreaks havoc on everything in its path. “It could go anywhere,” Tilly warns, “and we may not have any kind of warning at all.” We see the Discovery‘s interior torn down in shambles… but the new uniforms look good, at least.

“With Federation and non-Federation worlds alike feeling the impact,” Burnham and her crew “must confront the unknown and work together to ensure a hopeful future for all,” per the official description. The trailer also gives us quick glimpses of Book, his cat Grudge… and Saru, with Doug Jones confirmed to return. (If you remember, Saru left the Discovery to return to his home planet of Kaminar at the end of last season, but co-showrunner Michelle Paradise told TVLine that “he’s definitely back in action for Season 4.”)

Press PLAY below for a first look at Season 4 of Star Trek: Discovery, and then beam down to the comments to share your thoughts.