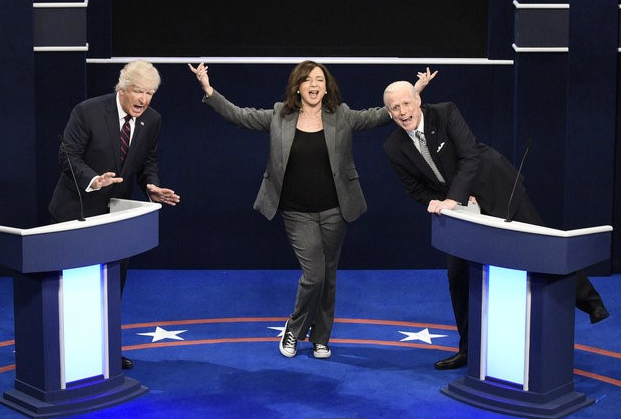 TVLine readers gave the episode an average grade of C-.

In the demo, excluding last season’s historic Dec. 21 telecast hosted by Eddie Murphy and with musical guest Lizzo, the Season 46 premiere was the top-rated SNL episode in two years, since the Sept. 29, 2018 season opener with Adam Driver and Kanye West.

SNL‘s return also marks the No. 1 most-watched entertainment telecast of the week to date on the Big 4 networks and No. 2-rated, behind only The Masked Singer’s 1.87.

RELATED STORIES NBC is developing a series adaptation of the Gus Van Sant film Finding Forrester, with a couple of changes to the...