No ‘OK, Google’ on the iPhone? That’s a huge problem 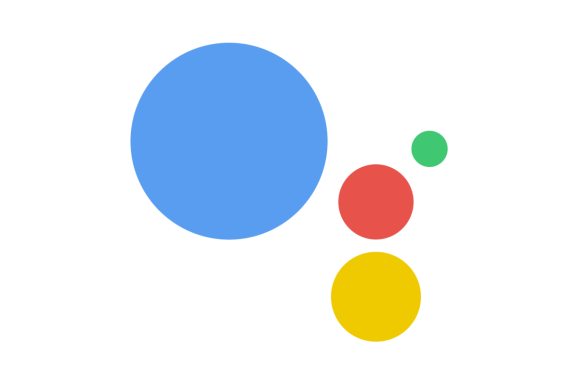 Voicebots are all over my house right now.

I’m testing two different Alexa-powered speakers in my office. I use Cortana on a desktop, Siri on both my MacBook and an iPhone 7 Plus, Google Assistant on a Pixel smartphone and the Google Home speaker, and both the Google Assistant and Siri on my television (thanks to the NVIDIA Shield and the Apple TV). I’m literally talking to bots all day, asking about the weather, the NBA Playoffs, and even obscure questions about Austria (where a few family members live). I’m known to suddenly say “OK, Google” during family meals when someone asks a question or makes a random comment. (Turns out, the Beauty and the Beast fable was published way back in 1740 and good old old Tom Brady is the oldest quarterback in the NFL.)

Sadly, now that the Assistant is available for iPhone, I’m going to have to change my approach.

At a restaurant recently, I found out the hard way that the Assistant app doesn’t respond to ‘OK, Google’ requests. It works exactly like an app on the iPhone that is not directly tied into the OS. That is, you can only talk to the iPhone by saying “Hey, Siri” to start a conversation. That’s not surprising at all. Android needs a few differentiators these days, right VentureBeat editorial team? Yet, the reason it’s sad is that there isn’t any reason to ever use the Assistant on iOS.

To do that, I’d have to pick up my phone.

Or, to be honest, fish out my phone form my pocket.

Then, I might have to type on my phone.

The reality is that user interface dynamics have changed in 2017. I’m typing a lot less. After work, I rarely use apps at all anymore. I will use a laptop to type up documents and check email, but for most activities — asking questions, closing a garage door, starting a movie, setting a reminder — I usually talk to a voicebot from across the room. This is another reason chatbots are not as vital to my daily routine. I’m living in a world that science fiction predicted a long time ago, mostly on Star Trek.

I’m leaving for a grad ceremony soon. If I had to find out when I should leave the house, I’d have to normally find my phone, start the Google Maps app, type in the address, retype the address because I spelled the street name wrong, do a search, then check the miles and get a time estimate. That’s not a Herculean tasks (try figuring it out with an actual map), but with a voicebot, I don’t have to even look up from my cereal bowl. I say: “OK, Google, how far is it to France Avenue in Bloomington” and get the answer within seconds — it’s 58 miles.

Some voicebots will tell me about traffic. Alexa can tell me, rather proactively, about the hours of the facility and even give me the full address and phone number. With the Google Home speaker, I can then call that location. Yet, the minute I have to use an app and type something, it suddenly takes much longer — maybe 10 minutes total. Voicebots literally give us back more time in our day.

‘OK, Google’ doesn’t work that way on the iPhone, though. It means I’ll never use it. And, over the next months and years, it’s less likely I’ll use any apps. The Assistant may be nice to have, and I’ll likely use it on a plane or when I’m the passenger in a car, but it’s mostly just a secondary option. Or, most likely, not an option at all.

At CustomPhotoKeychain You Can Choose from Various Design Keychains - Upload Your Photo to Design Your Own Keychain. Unique Gifts for Your...

The handmade paper with seeds produced using cotton fibers and disposed of during the industrial process is the plantable paper. Seeing the...

Once you have downloaded the pictures that you like, you will need to consider how you want to mount your picture tat. This is an important...