Netflix’s Away Cancelled After 1 Season 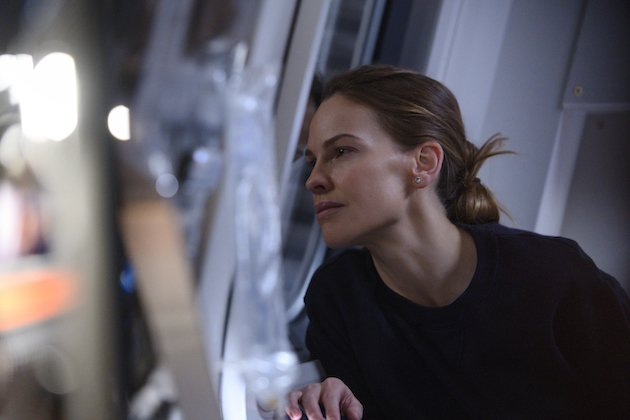 Netflix’s Away is going, well, away: The streamer has cancelled the Hilary Swank-starring space drama after just one season, our sister site Deadline reports.

The series, which premiered Sept. 4 and which counted Friday Night Lights boss Jason Katims among its executive producers, followed Commander Emma Green (played by Swank) and her international crew as they began a three-year trip to Mars in the near future. Emma’s four-person team consisted of Misha from Russia (Mark Ivanir, Homeland), Kwesi from Ghana/England (Ato Essandoh, Chicago Med), Lu from China (Vivian Wu, The Pillow Book) and Ram (Ray Panthaki, EastEnders). Back on the ground, Josh Charles (The Good Wife) portrayed Emma’s NASA engineer husband Matt, who stayed on Earth to take care of their teenage daughter, Alexis (Talitha Eliana Bateman, Love, Simon). For a reminder of how the first and only season concluded, check out TVLine’s recap.

Away is the latest in a series of cancellations at Netflix: The streamer recently un-renewed GLOW and The Society, in addition to giving the axe to Teenage Bounty Hunters, The Dark Crystal: Age of Resistance, Altered Carbon and I Am Not Okay With This.

TVLine’s Streaming Renewal Scorecard has been updated with the news. Away viewers, hit the comments with your thoughts on the cancellation.