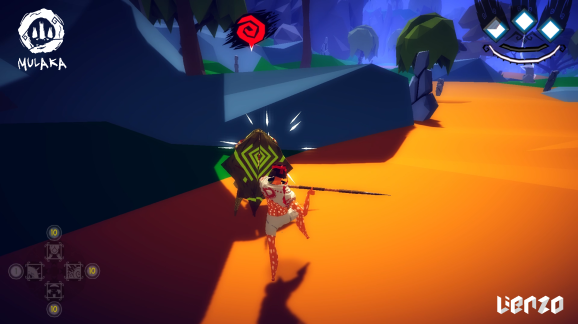 Developer Lienzo has released a video series explaining the myths and process behind its action-adventure title Mulaka. In this last video, it discusses how it went about paying homage to the indigenous Mexican culture of the Tarahumara — and also why video games are the best medium to explore its folklore. Mulaka will debut in 2018 for PC, Xbox One, PlayStation 4, and Nintendo Switch.

“We’ve done a lot of research and talked to a lot of Tarahumara, so as not to misrepresent or portray lies that have been there. Anything that might just make the game more exciting,” said Lienzo’s cofounder and director Edgar Serrano in a phone call with GamesBeat. “We didn’t really have to do that — the legends themselves are pretty awesome.”

In Mulaka, you play as a sukurúame, or shaman, who must convince demigods that humanity is worth saving. It’s an epic journey that puts gameplay first but is also filled with Tarahumara legends. Lienzo consulted with local Tarahumara to ensure that the portrayal is as accurate as possible, and also received reassurance that whatever it can do to keep the culture alive is valuable.

“[Young people] are from here, but they moved to [Chihuahua, Mexico],” says Tarahumara governess Catalina Batista in the video. “So it’s in the city that youngsters grow up, and they don’t speak Tarahumara anymore. They are losing all our culture.”

There are a lot of reasons why people choose to have custom garden flags for their outdoor area. These flags are perfect for both large and...