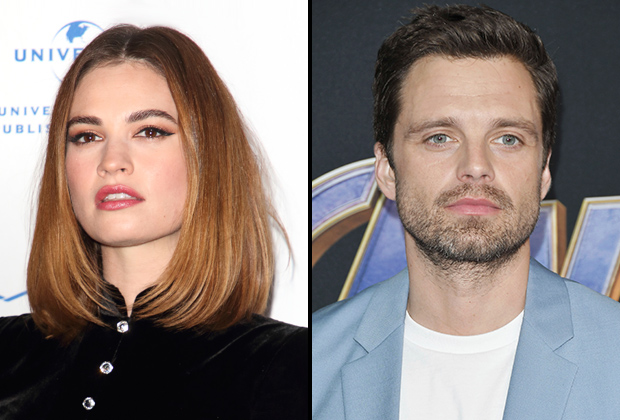 One of the biggest couples in Hollywood history is getting the small screen treatment.

Lily James (Downton Abbey) and Sebastian Stan (The Falcon and the Winter Soldier) have been cast as Pamela Anderson and Tommy Lee in an eight-episode Hulu limited series about the duo’s salacious relationship in the 1990s — including the leak of their private honeymoon video and the legal battle that ensued — our sister site Deadline reports. The series is currently titled, what else, Pam & Tommy.

For those readers too young to appreciate the cultural — or at least pop-cultural — significance of this series, here’s a brief history lesson: Anderson was arguably the biggest sex icon of the ’90s, starring in decade-defining TV shows like Baywatch. And Lee was essentially rock royalty, a founding member of the legendary heavy metal band Mötley Crüe. Their high-profile relationship, which included a marriage after just a few days of officially dating, kept tabloids in business for years. (If your next question is, “What’s a tabloid?” please save it. We feel old enough as it is.)

Seth Rogen, who is producing alongside Evan Goldberg and Dylan Sellers, has also reportedly been cast as the man who stole Anderson and Lee’s honeymoon tape. I, Tonya director Craig Gillespie is also attached. Anderson and Lee are not involved with the limited series, but the former couple is reportedly aware of its production.

Are you down to revisit Anderson and Lee’s tumultuous romance? And do you think James and Stan fit in the title roles? Whatever’s on your mind, drop it in a comment below.