Grey’s Beach Limbo: Why We’re Ready to ‘Wave’ Goodbye to What at First Seemed Like a ‘Shore Thing’

Initially, it seemed like a great idea, didn’t it?

While Grey’s Anatomy — and all of us — dealt with the pandemic, the ABC drama offered up a welcome escape: Meredith’s COVID dreams of a beautiful beach on which she reunited with lost loved ones like husband Derek and buddy George. It was a big swing, and it worked.

That is, at first it worked. Not only did the gambit keep Ellen Pompeo’s character active on screen during her bout with coronavirus, the returns of former favorites Patrick Dempsey and T.R. Knight were a delightful respite from the doom and gloom of real life. But as the season has worn on, the novelty has worn off.

Why did what began as such a treat begin to feel almost like… a trick?

Every viewer will have their own take on how the story arrived at low tide. But for me, the reason is twofold. One, the plot has just gone on for too long. The action grinds to a halt when we cut to the beach, and even that initial tug at the heartstrings when we see a former favorite has grown weaker each time. 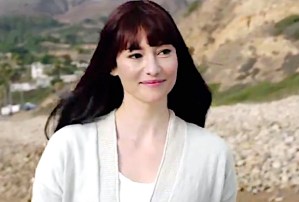 Case in point: I should have been elated to see in Thursday’s promo that Chyler Leigh was reprising her role of Mer’s late half sister, Lexie. Overjoyed, even. And yes, I was happy. But I was also kinda like, “Aww, still no Cristina.”

That’s the other thing. The rules of Mer’s limbo beach are vague at best, nonexistent at worst. At the start of this story, we were led to believe that Mer only encountered people who had died. But then Bailey and Richard stopped by, DeLuca hung out for a while before passing away, and Cormac popped in just to encourage Mer to live.

By now, I half-expect Owen to show up only to get a consult on a patient.

Which sounds unkind, and I don’t mean for it to. If these are Mer’s dreams, she’s certainly allowed to write and rewrite the rules as she sees fit. It’s just that the haziness of it all hasn’t been a boon to dramatic resonance. 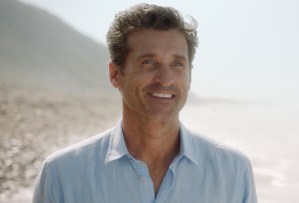 In the end, I very much appreciate what showrunner Krista Vernoff was going for. The beach subplot has been a real gift at a dark, dark time, and one that I don’t think any of us thought we’d ever receive. (Did you expect Dempsey to play Derek again in this lifetime?) Over the long haul, though, it hasn’t quite yielded the hoped-for dividend, either creatively or emotionally.

What do you think, Grey’s fans? Have you liked the beach bits? If you did at first, do you still? Or am I looking a gift horse in the mouth and ungratefully quibbling with a story that’s given us back Derek, George and, soon, Lexie?